I am a great fan of the Edgar Wright Films ,Shaun of the Dead ,Hot Fuzz and Worlds end starring Simon Pegg and Nick frost , collectively konown as the the flavour cornetto trilogy due to the joke in Shaun where Nick Frosts character use a cornetto as a hangover cure ,although they have nothing in common other than Pegg ,frost and edgar wright thye are classed as a trilogy and have cult status now , the two mian actors plating different characters have fought zombies , a cult and an alien invasion .I plan to get all the main characters covered for Pulp alley ,7TV and last days ,Below are the first 3 I've finished , Peggs Nicholas Angel and Shaun and Frosts Danny Butterman .All hasslefree miniatures 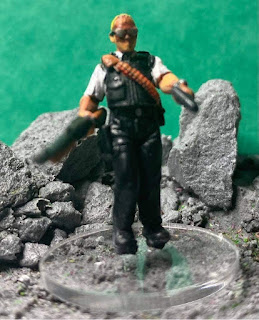 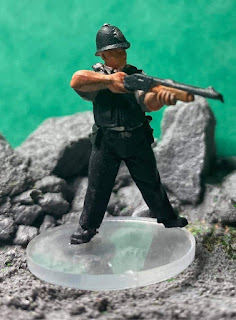 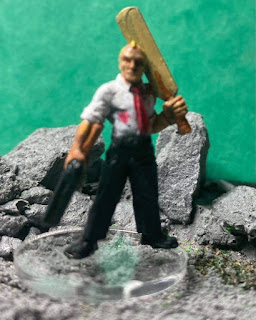