A wierd mix you may say ,but 3 new ranges now stocked by wargames emporium of Sheffield .
Warrockets and retro rayguns are wonderful models set in a Pulp setting very much along the lines of Flash Gordon and Hind Commander is the fantastic new Helicopter combat rules from Marcin at Assault Publishing the Emporium also stocks the 1/.600 army sets to go with Hind Commander , a complete army including choppers .planes .tanks .apc's and infantry priced between about £12-£16. depending on the type of force you choose. The Emporium is also going to br the place to take your tomorrows war armies for the AAG painting tournament and official FOF games demos and Hind Commander demo;s

Posted by itchy's wargames at 09:23 No comments: 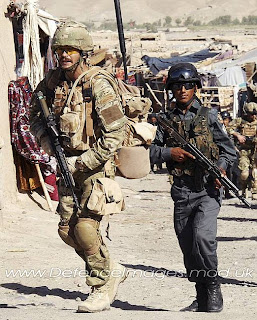 The Raffle -our best year yet.

Well it'a all over and Done with for another year , My fund raising is over till Febuary 2012. We had a fantastic day at the Wargames Emporium on Saturday ,played a few games of Force on Force ,then drew the raffle and we had such  fantastic prizes every one went away with a smile on thier faces and most importantly we raised much needed funds for the Royal British Legion a,total of £354. bringing out grand total to £ 645 raised through wargaming . We obviously could not have done this without all the people who bought tickets or just donated and of course the people that donated such amazing prizes.

Ambush Alley Games : Not only do they produce some of the best Modern ans Sci-fi/Horror rule sets but they have been a fantastic sponser from day one and have given me personally much needed help. Thanks to all the team.

Brigade Models : Donated a superb prize of  packs of 1914 Belgians and Rule book as well ,Lovely figures from this company which must cover90% of any wargamers Belgian needs ,they also do nice sci-fi and fantasy ranges

Caliver Books : What can you say not only a huge range of books but paints figures almost everything really ,you do need to visit thier site

Gripping Beast : Save us from the fury of the Northmen ,,,But thanks for the generosity of the Beast ,yet again wonderful donations ,plus they do not just do vikings look at the WW1 ranges .

http://www.grippingbeast.com/
Northstar : that nice chap Nick again dug deep into his huge wharehouse to provide some nice figures and rules. Again stocks nearly everthing even has a bargain basement ?

Piers Brand :The most famous man in the world, or so it seems figure painter ,writer ,all round nice chap , can be found on almost every forum spreading advice and making people happy with his painting skills.


Too Fat Lardies : Rules Rules and more rules very tongue in cheek but really great rules I use their ww1 set and looking at others too oh and make sexy dice as well.

Under Fire Miniatures : another really nice chap, who makes 20mm goodness for most modern wars but his 2010 Brits are really the best.

Victrix : If you like Napoleonics you will like these ,plastics in 28mm & 54mm very nice.Also do metal figures

Wargames Emporium : Stockists of almost everything & all round nice guys , plus supporters of my fundraising ,provides free gaming space ,sells tickets , help in our advertising and provides great support and most of all Johns my Brother , But Erics an ok guy

My fellow pointmen John Grayson true all round nice guy (He's a blade but everyone has faults)  and Elaine Winter  for non stop support and encouragement and her famous FOF QRS sheets .

Plus the following who in one way or another helped out : Tim Gow . Kev Fisher , Ian Goadsby , Sheffield Wargames Society ,Cogs , Barnsley Wargames Club  and everyone else I've forgot to mention 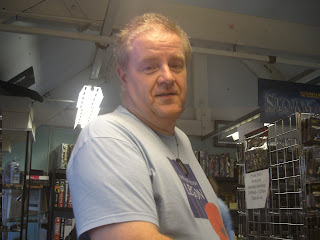 Me caught off gaurd at the end of the day , I actually looked like this at 7am . 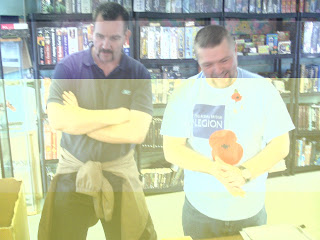 A new recruit for Force on Force and raffle winner with John Grayson ,the last photo from the camera I managed to drop , there really isnt a yellow mist in Wargames Emporium.

Just a qiuck hello to our new friends at Galloping Major any one interested inthe French Indian war needs to visit this site ,not only some smahing figures but painting guides and some history as well
http://www.gallopingmajorwargames.com/page4.htm
Posted by itchy's wargames at 07:23 No comments:

Last update before the Big Day

Lots of ringing round and last minute organisation to arrange for last minute prizes (a special thank you to John of Wargames Emporium and Nick of Northstar And Pete of baccus), everything looking good .We will be in the Emporium on Saturday from about 11.00am running FOF games before the Draw at 2.00pm .
See you There.
Posted by itchy's wargames at 03:07 No comments:

Not much longer to buy those tickets ,prizes from the selection below.

Brigade Models:
1 x Through The Mud and Blood rule book & a section of Belgian infantry and HMG's

Under Fire Miniatures : a selection of 20mm British and Taliban figures


The TBC prizes are in the post or being dropped off at shows so will be updated ASAP .
updates later this week when I have recieved  last couple of prizes.
Posted by itchy's wargames at 08:30 No comments:

I was planning to use Britannias miniatures to build my 1980;s BAOR army until the sad loss of Dave then I was hopeful when another company took over and I placed my order , waited ages for the invoice then paid and soon after my little parcel arrived really excited but had to put it on one side due to illness and work.Opened it up to start paintimg and get my army finished . How sad the resin 3 of the 4  FV432's I ordered were awful miscasts.some  miniatures had broken rifles and some packs were wrong . If I can get the heart up to start again I will order from Liberation and S&S .what a shame I do hope I just got the exception to the rule Daves service and figures were superb.
Posted by itchy's wargames at 13:23 No comments:

Hi I seem to have lost a couple of prize sponsers after numerous emails asking what I would like ,where to send it etc,2 of the sponsers have suddenly stopped replying to me so I an asuming they are no longer in a position to help so not  much of a update I'm afraid the revised list is below.I hope this does not stop you donating and buying tickets.
List of Prizes and Sponsers

Brigade Models:
1 x Through The Mud and Blood rule book & a section of Belgian infantry and HMG's

Under Fire Miniatures : a selection of 20mm British and Taliban figures


The TBC prizes are in the post or being dropped off at shows so will be updated ASAP .
updates later this week when I have recieved yje last couple of prizes.
Posted by itchy's wargames at 13:13 No comments: