Royal Mail is stopping me painting…...

well not really ,but they are making it a lot harder to buy small pots of paint through the post ,it is really stupid so I am not going to try and explain just have a look at the link below . Please sign the petition even if you don't order paint through the post ,I don't but I know my local store sell it this way and if they lose sales and close it effects me any way ,plus its more stupid red tape stopping people doing what they have done for years  this is a copy of the email sent to me with the link .

Stonefall cemetery near Harrogate is a dedicated Commonwealth war graves cemetery . Most of the burials are RAF  ,and almost two thirds of those are Canadian . The graves are as always beautifully maintained by war graves staff and this cemetery contains the grave of one of the local war graves commissions staff ,also buried within the cemetery are other commonwealth service men and 1 german and four Russians ,most of the buried passed away in the now demolished  local hospital after suffering combat wounds although there are at least 2 RAF crews that died in wartime crashes in the local hill sides .There are also a small number of ww1 graves and plaques and memorials to a number of war dead whose graves are in local grave yards that the war graves commission cannot attend and to service men who were cremated rather than buried. 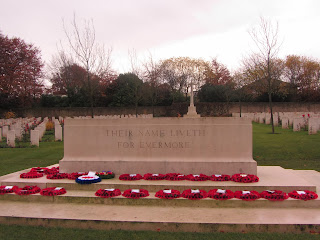 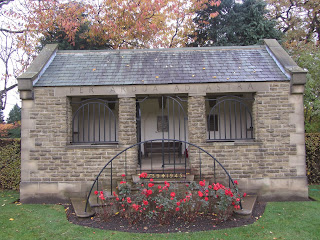 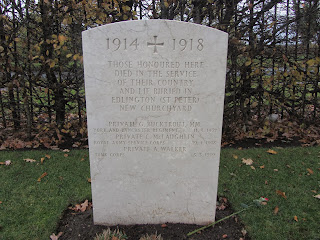 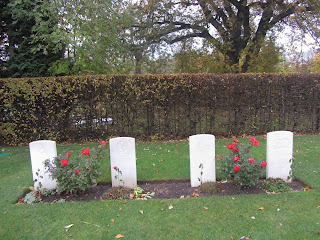 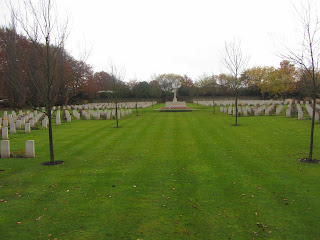 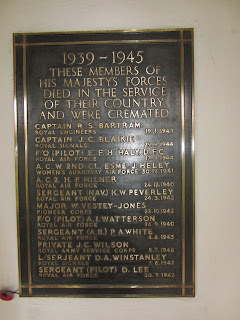 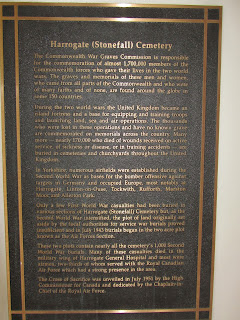 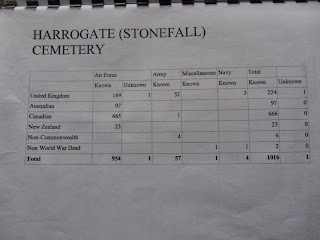 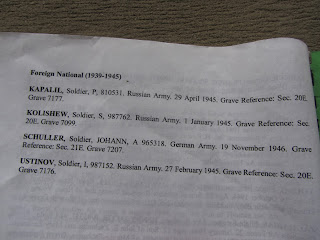 Posted by itchy's wargames at 12:10 No comments:

A local sponsor of our British Legion raffles is Dave Parsons ,a really nice guy I first met at Triples about 3 or 4 years ago when Dave and his son joined in one of my Force on Force games ,he now runs a painting service and always puts up a voucher as a prize ,I am packing a few figures up now for Dave to paint for me in my on going attempts to make my lead pile smaller , there many examples of Daves painting in the war games emporium I think most of the stores armies are his work . 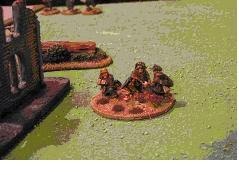 Posted by itchy's wargames at 08:54 No comments: 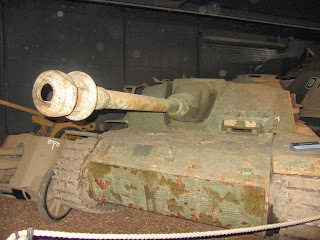 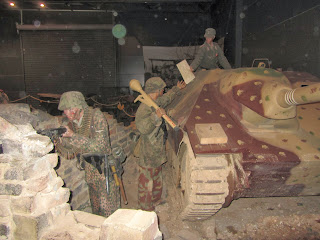 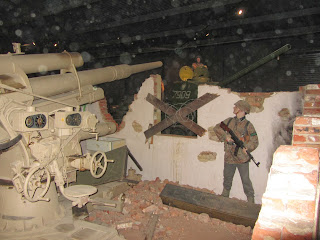 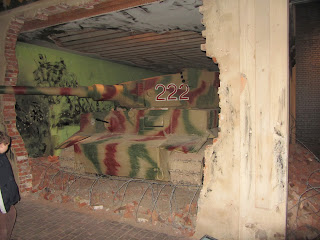 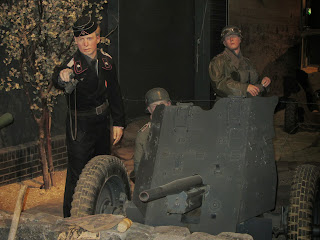 Posted by itchy's wargames at 01:56 No comments:

Brigade Models another of our sponsors for the Royal British Legion fund raising ,is a UK company that as a diverse range of products that ranges from 6mm sci fi to 28mm Great war .The Great war range is what first brought them to my attention at that time they were the only people making early war Belgians ,these lovely 28mm figures are the bees knees for any one interested  in this brave little army that put up such a valiant struggle in the early days of WW1 .Brigade Models Belgians are shown in the distinctive Napoleonic style uniforms and I believe is still the most complete range of figures on this subject . Looking at the site though I found some very tempting ranges that I have missed before ,a lovely little range of 15mm sic-fi which is the only thing I actually game in 15mm now ,some nice 28mm Belgian civilians which I will order not only for my great war games but also for use in my Dr Who and Cthulu games . Star ships and victorian flying machines also populate the web store and when you search the site you find some great links and even a page on which cakes are the best , a must for war gamers! .
Take a look and see what you've been missing    http://www.brigademodels.co.uk .
Posted by itchy's wargames at 04:45 No comments:

Just as a thank you and as I have already had one of the winners of a prize ask me about where some of the prizes came from ,I have decided to do a small write up on each of the sponsors who provided prizes and support this year , in an irregular set of posts that will take awhile between work and family and painting . Hopefully this will benefit these generous people and you will support them by dealing with them as they supported our armed forces by helping our fund raising.

So in no order at all I will start with Rolf at RH models known to many as Liberation Figures , Rolf is a really nice chap which shows up in the fact he contacted me wishing to donate some of his wonderful figures as prizes , and contacted me on the day of the raffle wishing me luck .

Its hard to describe RH Models range as it covers almost all (if not all ) 20th & 21st century conflicts , a quick look at his web pages will amaze you if you are not already familiar with Rolf's figures. I personally bought some of his 80's British army and SAS , plus one of his vehicles and must admit I loved the figures especially the SAS a quick hunt back through this blog under cold war headings will show some of them . His ranges can are listed here  www.rhmodels.com  and here  http://rhmodels.yolasite.com/   please visit both sites  . Can I just say as well ,that both sets of figures he donated as prizes were stunning but the modern Russians were amazing and caused a bit of a stir on raffle day .

A big thank you

I would just like to thank the people and groups listed below who donated prizes to our fund raising efforts for the British Legion .I am trying to thank them all personally as time permits .I would also like to thank every one who bought tickets and if you didn't win this year try again next year please ,also a big thanks to John Grayson ,all the staff at the Wargames Emporium especially John  and Eric for putting time and effort into this as always and of course Elaine who did most of the paper work and took over a couple of times during the build up when I was ill. Finally a word of thanks to all members of our wonderful armed forces who face danger in some form every day and to their families who are just as brave and need just as much of our support .

Posted by itchy's wargames at 01:08 No comments: 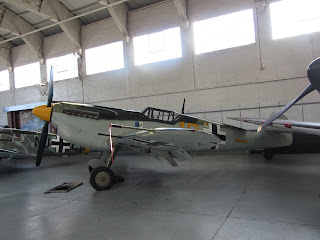 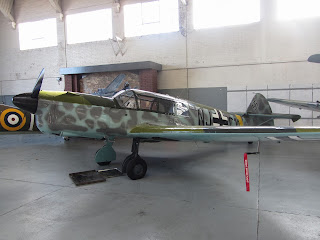 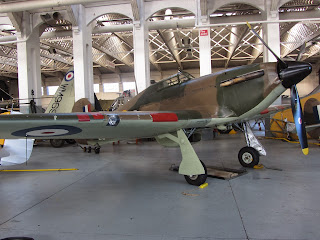 some unsung stars of the big screen Top a Hispano Buchon , in make up as aBF 109 for the Battle of Britain , the Buchon was a license built copy of the bf 109 this one was built in 1959 for the Spanish Airforce and was sold to Spitfire Productions for the  film in 1968 . Below it,is a  Nord Pingouin 11 again this type of aircraft starred as 109's in many war films . 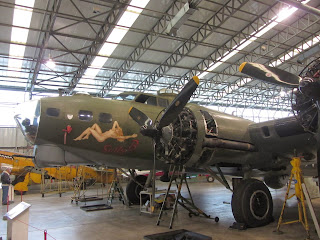 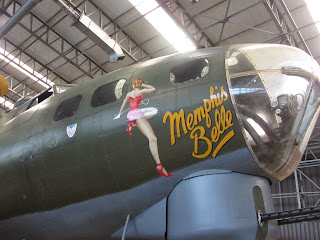 IWM Duxford is home to many aircraft made famous in many war films ,the Air Field its self also had a major explosive role  in the Battle of Britain movie.
Posted by itchy's wargames at 12:36 No comments:

They went with songs to the battle, they were young.
Straight of limb, true of eyes, steady and aglow.
They were staunch to the end against odds uncounted,
They fell with their faces to the foe.

They shall grow not old, as we that are left grow old:
Age shall not weary them, nor the years condemn.
At the going down of the sun and in the morning,
We will remember them.

They mingle not with their laughing comrades again;
They sit no more at familiar tables of home;
They have no lot in our labour of the day-time;
They sleep beyond England's foam

Posted by itchy's wargames at 22:42 No comments:

over for another year ...

Well thats it another year of collecting over and already planning next years . I would personally like to thank everyone who contributed prizes and very one who bought tickets I have yet to do a final count on the amount raised but I do know it is down on last year ,but over all it still looks an  healthy amount and as I always say every penny counts. I have to tie in all the vouchers and gift tokens etc and inform those that contributed in that way who will be claiming their prizes .A few prizes remain unclaimed these will be stored in the war-games emporium sheffield until they are claimed if prizes are not claimed before the end of this month then they will be auctioned and the money sent to the British Legion .
The unclaimed tickets are :

Posted by itchy's wargames at 09:12 No comments:

Well todays the big day ,the prize draw for the war gamers raffle 2013 ,with all proceeds going to the Royal British Legion .Ticket sales have been good but a bit down on previous years ,so if your in the Sheffield area today call in to the Wargames Emporium Orchard Sq and get those last minute tickets and wait to see if you have been lucky . Even though a couple of our regular sponsors have been unable to help out this year ,we have had massive support from the others and even picked up a few new sponsors and for the first time we have non wargaming prizes from Paella world .

Tickets on Sale at the Wargames Emporium Orchard Square Sheffield

so pop down today and put a few pennies in our collection bucket or buy a few tickets at £1.00 for 5 its a bargain and a fun way to help our amazing service people .
Posted by itchy's wargames at 01:00 No comments:

Just a quick update ,Underfire Miniatures prize donation has arrived and its some of Bill's great Helmand Brits a popular and very nice collection of 20mm figures, also hopefully its just me panicking but a couple of the prize donations have not arrived yet and I have not been able to get in touch with the  kind people who have promised them so I am hoping that they turn up before Saturday ..not long now .

Draw 1pm saturday 9th November at the war-games emporium ,sheffield turn up to collect your prizes in person and of course buy some last minute tickets .
Posted by itchy's wargames at 08:47 No comments:

With trying to organise the raffle ,holidays ,kids ,grand kids , hospitals and work I've not done too much gaming or painting recently and I have just sat at my desk got every thing ready and then put it all away no MOTIVATION again ,last time this happened was when I needed to get my FIW stuff together for a game of M&T  and I set my self a time limit and was pushed on by lots of encouragement  from family and gamers and enticed by Elaine saying she would buy me lots of new toys if I finished plus kind words and freebies from Lance at Galloping Major ,so I have set myself a new challenge ,this time just to clear my work bench ,this consists of 2 S&S recce land rovers and a Airfix landie and trailer for my B.A.O.R cold war gone hot stuff these are about 50% finished . 9 samurai for ronin that are undercoated and stuck together ,3 Doctors and the master all Heresy models that are just sat looking sad not even glued together or even on bases , 4 airfix nato ground crew that were test figures for my cold war gone hot "hunting the harriers "scenario .This with a repair job on a die cast car and my bench will be clear , all this before the end of November ?. I might then put to the vote what part of the lead and plastic mountain is to be next ,so keep tuned.
Posted by itchy's wargames at 01:15 No comments: