The Helmand 2010 Brits I have been using recently have caused quite a bit of interest so I thought I would do a mini review of the figures. So far I only have the Helmand Brits so I will concentrate on them although I do plan to start on a few of the other ranges soon.

There are 8 packs at the moment with more promised the packs are a nice mix of poses with none or very little flash all usually in sets ,such as Fighting ,Engineering and command. All figures wear the new Helmet and osprey body armour ,weapon's including SA80 with pistol grip and the 7.62 sharpshooter rifle and the Accuracy International snipers rifle .The poses are natural although a couple do look dodgy in the photo's on the web site they are great in the "flesh" ,the multi part ones fit together nicely . Suport packs have a Javelin and Sustained Fire GMPG .Some packs might have figures some people won't like the engineer pack for example has a chap with a wrecking bar for smashing through those adobe walls and another is carrying a ladder both regular sights in Afghanistan but a few gamers have moaned about them ,for me the only figure I didn't use was a prone rifleman just because I'm not keen on prone figures,just my choice.
Overall 10 out of 10

Available from Bill at

http://www.underfireminiatures.com/index.htm this also has news of upcoming goodies.

or from John at
http://www.wargamesemporium.co.uk/       John also attends most Uk shows and has some fantastic postage rates as well .

acouple of pics they look a lot better in the fleas (my painiting that is the figures are superb.) 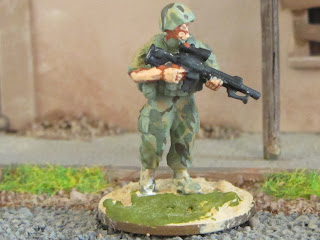 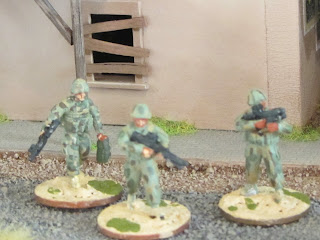 Posted by itchy's wargames at 01:39 No comments:

Our first show for 2012 was Hammerhead at the historic Kelham Hall near Newark ,as usual we ran force on force games ,this time we had 2 games one set in Helmand 2010 using the very nice Under fire Brits .The second was a Falklands game with figures ,terrain etc by John Grayson my fellow fund raiser . We had lots of fun and lots of people following the Pointman signs to ask questions about the game either because they had already bought it and were unsure about certain things or to clear a few things up before buying it. It was avery quiet show this year and seemed to have a lot less visitors than usual but we were fighting a bad weather forecast (in fact the weather was great ) and the recession hopefully the traders will stick with it and things will pick up next year I must admit it was our worst ever show for fundraising. 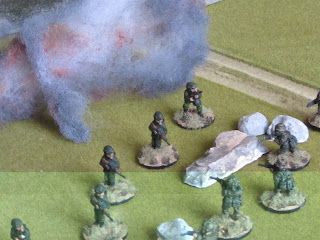 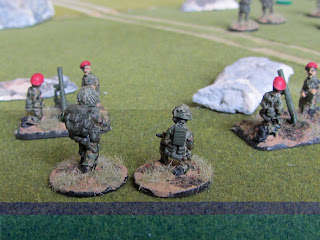 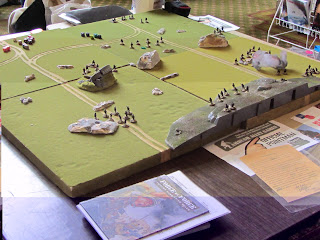 The full layout for the Falklands 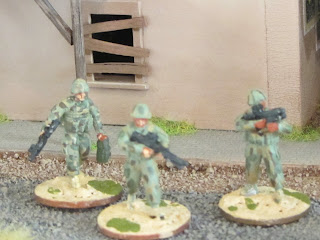 Brits in Helmand Circa 2010 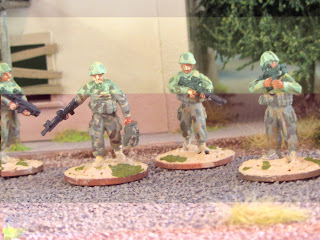 Posted by itchy's wargames at 02:08 No comments:

Sorry for lack of posts but illness ,Christmas ,work ,ongoing battle with an ex business partner and a few other things have kept me away ,but hopefully back up to strength now.I am very happy to have been confirmed as the official Ambush Alley Games pointman again this year and will be putting on games at Hammerhead on 12th Febuary and at Triples 19th&20th May to raise funds for the Royal British Legion a change of era this year with the Falklands being the main theme with hopefully Malaya and afghanistan with Force on Force and Sci fi with Tomorows War . Over the next couple of weeks I will put up Pics of some of my painting and modelling attempts a couple of reviews and lots of other stuff including info on a FOF Tournament.And a Hind Commander Event
Posted by itchy's wargames at 11:25 No comments: