Bought a couple of Middle Eastern style buildings from Blotz ,not bought buildings from this company before and I must admit I am impressed ,very cheap but very sturdy and fit together really well and the sevice is great less than 48 hours from ordering to arriving on my mat . The instructions are on the website and are really clear step by step pictures .These will take part in my crusadesgames and my Afrika Korps games as well .Blotz do a big range and I will be buying more 10/10 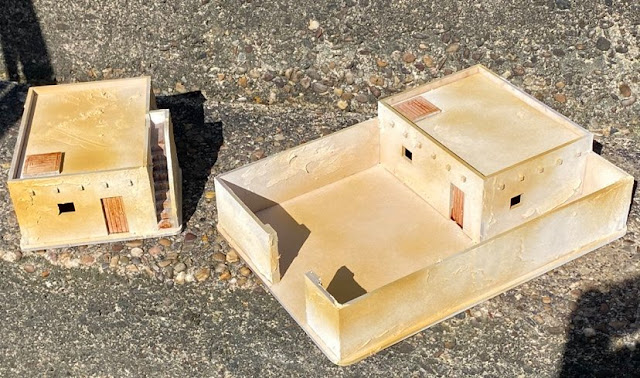 Posted by itchy's wargames at 11:45 No comments:

THE DECK OF CARDS

No not the old Max Bygraves song ,although that is military in a way ,but some decks of playing cards i have had made to fit in with my card dxriven wargames ,Cornered wolf for checnya and Outremer -faith and blood ,the osprey crusade skirimish game . I have plain decks of cards but when I saw photo box had an offer on I couldnt resist , just something to make the games stand out . 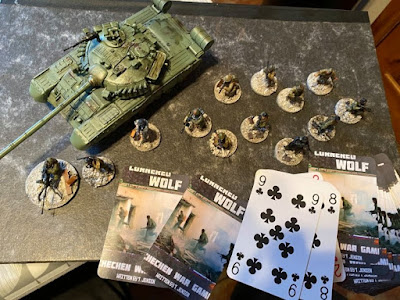 Some Russians for Cornered Wolf 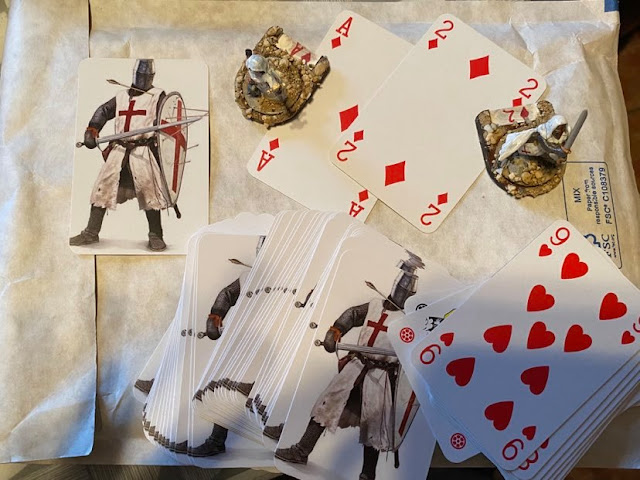 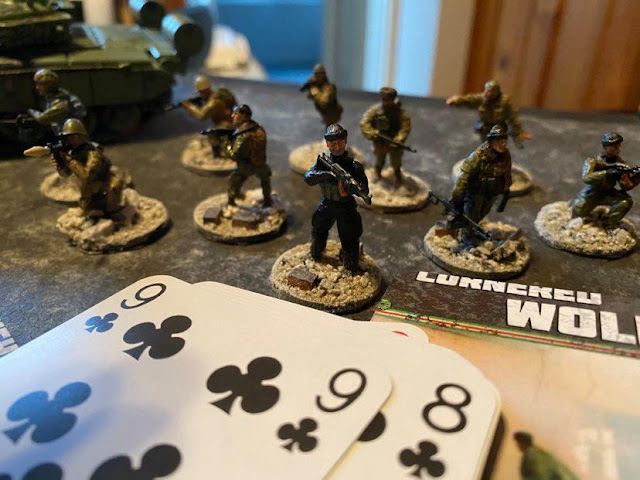 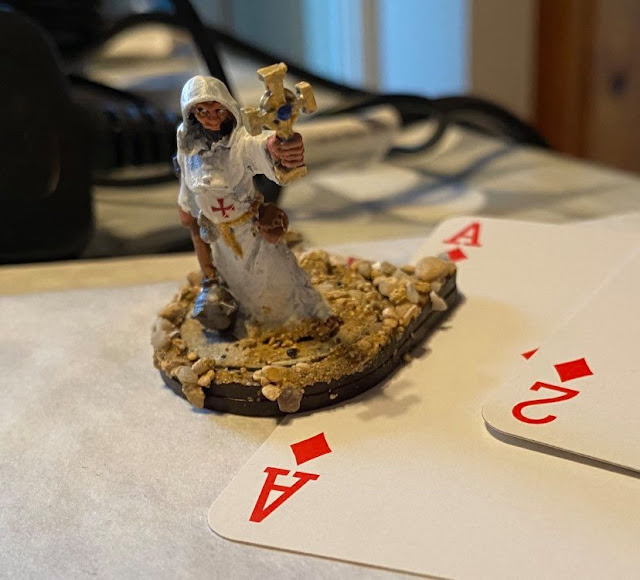 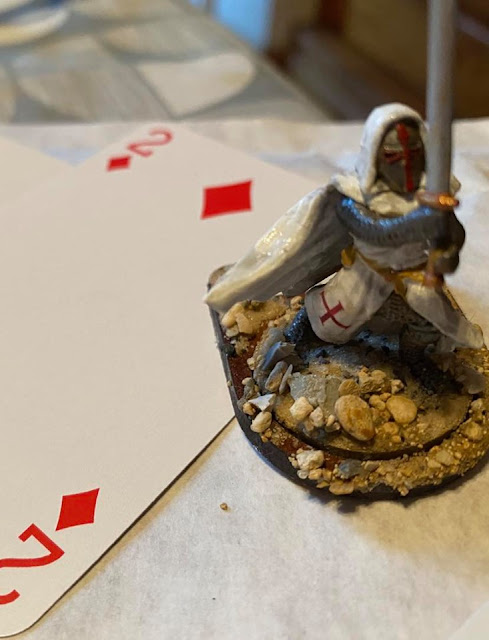 Posted by itchy's wargames at 02:35 No comments:

This one is a bit of a personal one but for anyone who is interested a nice walk . Until I was in my late forties I believed my dad had died when I was a baby ,then when my Auntie died my cousins asked me if I was interested in who my Father was ,of course I was but didnt expect the information I got .Mt cousins were actually mt step sisters and brother ,thier dad my Uncle Fred had had afling with his wifes sister ,my mom and as their generation did it was all hidden and everyone got on as nothinh had happened .I remewmbered my uncle fred as agiant of aman who scared the hell out of me ,even though he was always nice to me .I never got to know him as he had died in the 1973 makham pit disaster ,which brings me  to this  . Markham main was closed down as all British Pits were but it was known as the mine with a story ,it had been the site of 3 disasters 1937 -1938 and 1973 with a total of 106 men dying ,my dad Fred was one of the unfortunates that died a horrible death in 1973 , a bike rod broke and the lifts taking the new shift down the mine fell 1,407 feet at a speed of 27mph . These men and the unfortunates in the 2 disasters before are being remembered in atribute called walking together ,public funding is paying for a groupf of 106 steel men walkin in twos towards the site of the pit from the village of duckmanton ,these tributes are either white (going to work clean) or Black (Leaving work dirty) dependent on if they were going on or off shift when the incuidents happened ,my dad was going on. Each steel effigy carries a medal with their name ,job and date of disaster ,my dad is walking with his best mate Joe who died in the same lift . If you get chance visit and walk along the site of the pit ,now an industrial estate and under the motorway to spare these unsung heroes a quite thought . 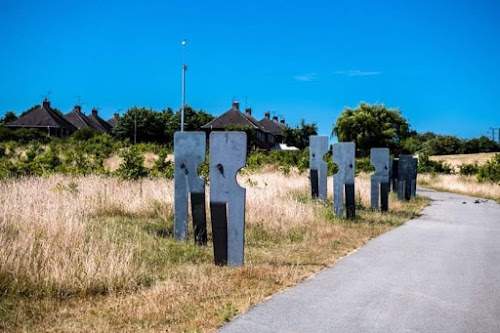 Waking together from the village to the pit 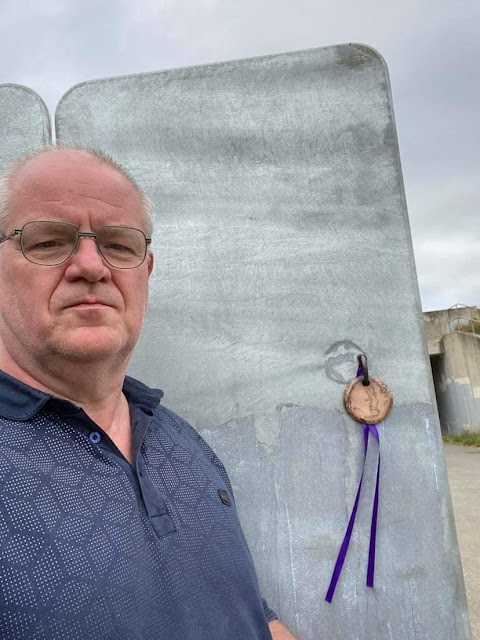 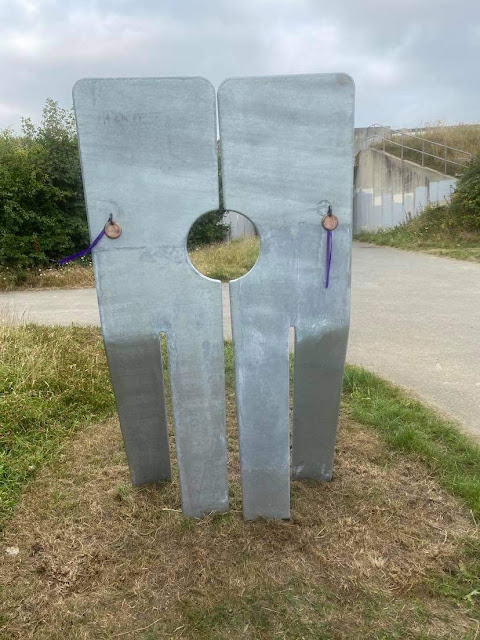 With his best mate Joe 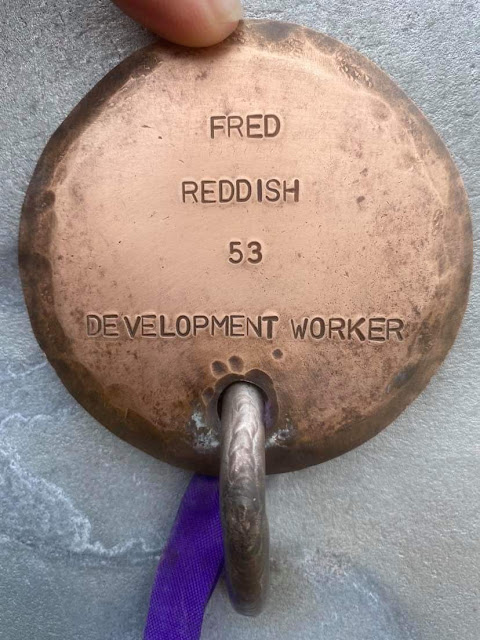 Close up of the medal details 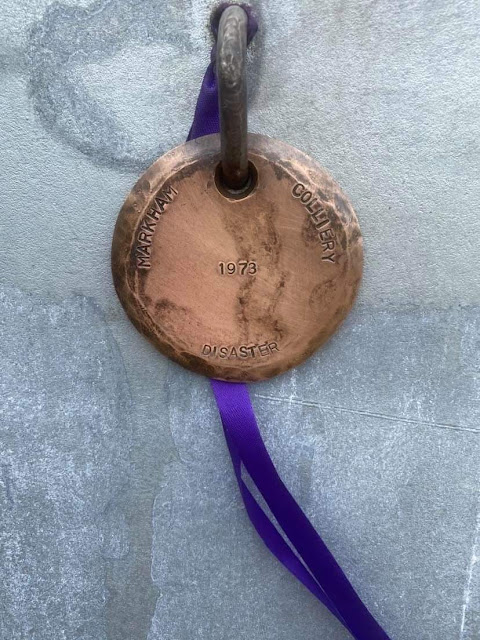 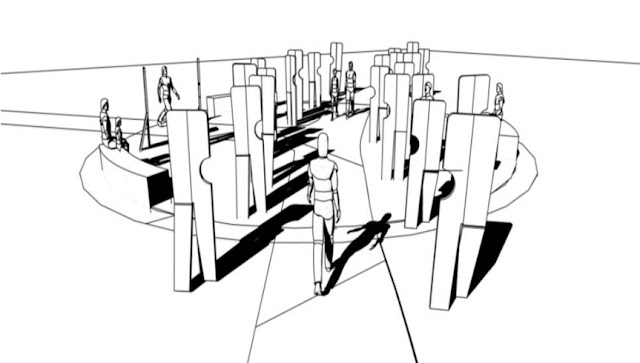 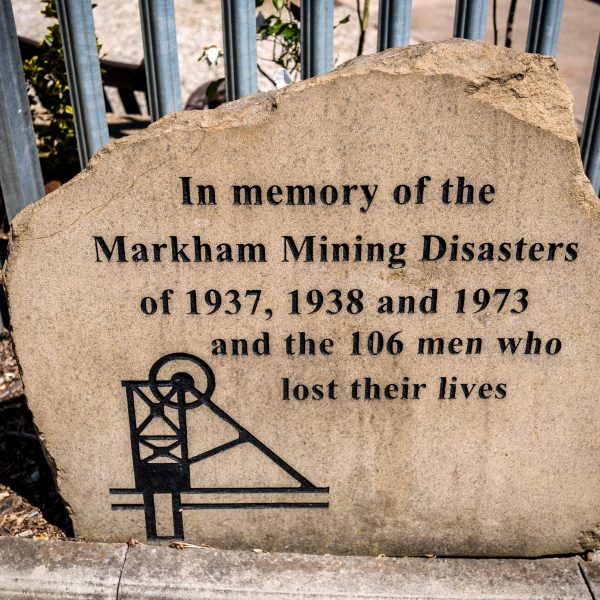 The stone where the entrance to the mine was

Been ill recently so not got much done ,so decided just to talk about the rules we are going to use for our Chechen game.Cornered Wolf by T Jensen a simple set designed to represent the chaos of the street fights in Grozny ,I got them from the wargames Vault print on demand shop .They stand at just over 20 pages and have some nice looking systems , First is the game size you decide if you want a small ,medium or large game ,roll aD6 then add a fixed number and thats your units for the game ,your opponent does the same so you swhould end up with a slight difference in units involved ,for exampl a medium game gives you D6+5units so anywhere between 6 and 11 units .Next using astandard deck of cards you work out what each unit consists of for example a jack would give the Soviets a Shilka tthe same card would give the Chechens 4 soldiers with small arms.Each unit acts on the turn of aplaying card ,but each card represents a number of troop types ,a Red (russian ) card will activate anumber of troops and or a vehicle ,so if you pull a red 7 the Russian player can move 4 infantry men ,this can be afull group of 4 or 2 groups of 2 or 4 men from a 7 man unit ,these choices can cause issues later ,if you pull a joker it triggers an event which can be friendly fire ,ammo shortages or bad weather amongst other things.There are no scenarios but you can choose objectives for your missions such as destroy vehicles caoture abuilding all of which give you victory points .Both myself and John my regular opponent have been really enthusiastic about these rules ,hopefully we will get to play them soon. 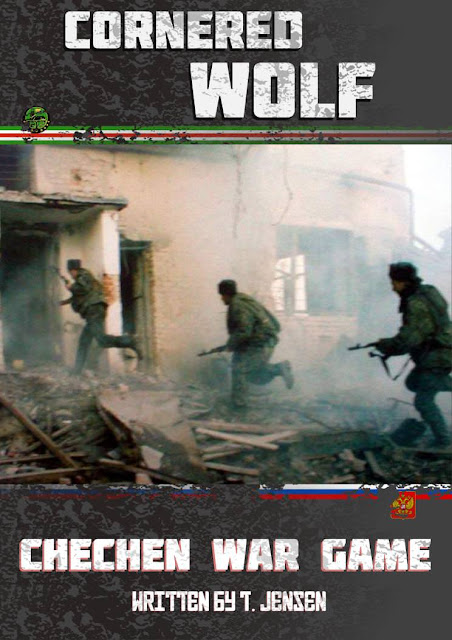