Just a simple layout to see if I had enough terrain for the Batman Miniature Game .Most of the buildings and bits are TT combat a few multiverse in there as well . The vehicles are a mix of eaglemoss , knight models and poundland specials all the figures are Knight . 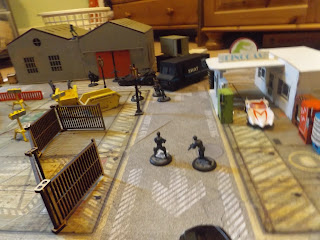 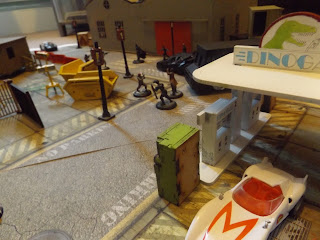 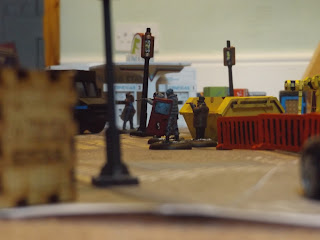 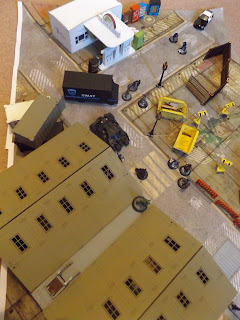 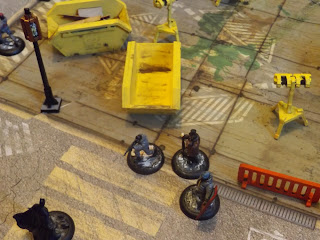 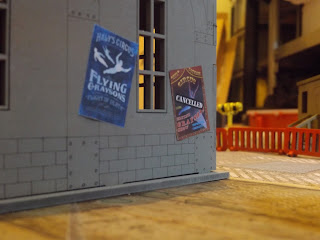 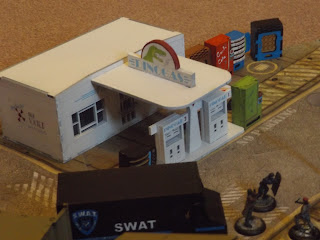 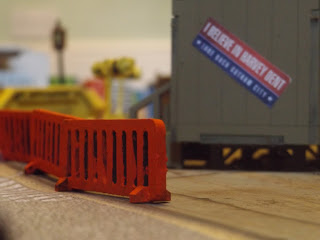 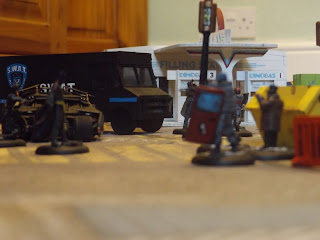 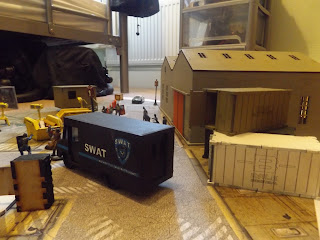 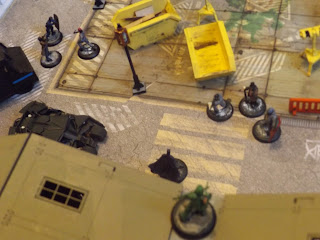 Posted by itchy's wargames at 11:02 No comments:

As you will know the staff at the Wargames Emporium got my mate John and myself hooked on Frostgrave the new game from Osptrey and Northstar ,so we bought a rule book and a pack of Wizards each and a box of plastic soldiers between us. The plastics divided nicely into 2 spues each giving us 10 figures each and 10 bases as well . Each Sprue holds 5 torso's and enough arms and heads to give each figure a different look .There are spare arms /weapons but you only get 10 heads so if you were building 20 you would have to double up which normally is not a problem with plastic hordes but seeing as this is a skirmish game and the heads areactually very well made and distinctive it would be obvious which ones are doubled . The sprues contain a lot of pack backs , bags , quivers ,ropes and other goodies to hang from the figures so again each torso can be made to look different . The plastics went together very well the  the poses are quite natural ,the only dodgy ones being my fault when sticking them together in my haste . Each figure is attached to a small base but the set comes with some round flat bases for the game .

The metal figures are lovely and come in the usual clam shell packaging with a handy colour pic of the figures . There is a wizard and an apprentice in each pack . I purchased the Witches ,which  (excuse the pun ) unusually were male ,both very nice figures but had alot of flash which cleaned of nicely without having to hack away at the detail .Due to the metal figures coming with asmall integral base if you then put them on bases to match the plstic figures they stand slightly higher but then again they are the galant heroes so no problems really .

The Plastics work out at about a£1.00 each which is great value as they can double up for any fantasy game and most of them could appear in some historical armies as well plus I ended up with lots of spare bits that can be used as treasure


,The metals work out at £3.00 per figure which is not bad compared to ther manufacturers character or hero figures .

The Russian made 1/72nd scale die cast models being sold in the Works stores at £2.00 each were a bargain I couldnt resisi ,after my earlier post I bought a few more , I think  I have finished now (maybe)

Posted by itchy's wargames at 10:04 No comments:

Called in on  the Wargames Emporium games night and had my second game of frostgrave played a bit more of an in depth game and managed to lose in a record time ,my wizard performing an amazingly bad spell and gifting my enemy with an easy victory .Great fun and I came away with the rules ,a wizard pack and sharing a box of plastics with John ,a good night ,now to paint them .