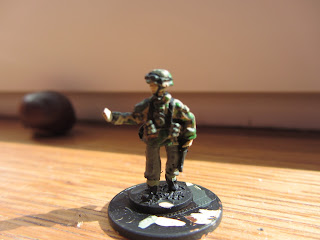 Whislt off work ill I have tried to cut my way through my lead and plastic mountain and in one of my stays in hospital I took some SHQ ww2 SS figures and without any reference material tried to show a mix of camo smocks helmet covers etc .I am pretty pleased with my attempts and I am keeping with the colours and patterns ,my favourite attempt are ones I have done wearing peadot trousers and which I have not taken any pictures of ? ,will post more when based and varnished .I am going to stick with SHQ I really like them I only bought a few sample packs at Triples so dont even have a proper section yet ,probably going to use the battle group overlord rules but I do like IABSYM from too fat lardies but no one else does ? 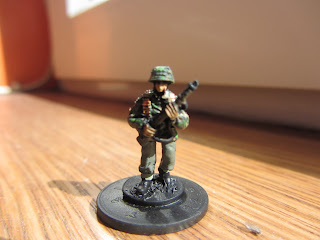 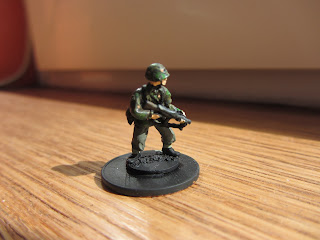 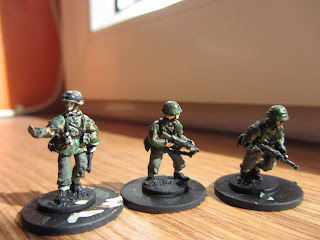 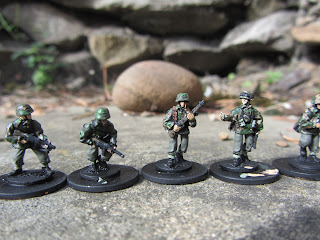 The smocks and helmet covers use the same coluors for the camo patterns but have different base colour ,ones a biege(left hand figure in above pic) ,the others a dark green
Posted by itchy's wargames at 01:47 No comments: 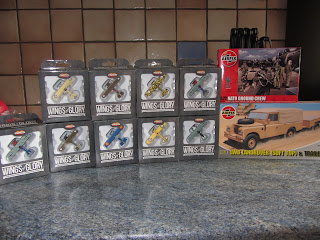 After another ittle stay in hospital my lovely Elaine bought me some new toys to make me feel better a little visit to the wargames emporium saw  her come home with 9 of the new models from Ares for Wings of Glory and a couple of Airfix bits for my Force on Force B.A.O.R , also a order on its way from S&S of a ferret and a couple of Shauns lovely new FV432 with peak turret .
Posted by itchy's wargames at 10:03 1 comment:

THE JOY of SIX

A great day at the JOY of SIX wargaming event in Sheffield a show aimed at everything 6mm ,organised by Pete Berry of Baccus and John Skotulanski of Wargames Emporium .A really nice show which will be even bigger next year and thanks to Baccus,Wargames Emporium ,Reaper ,Timecast and toatal battle miniatures who donated prizes to raise funds for the Royal British Legion .

With another spell in hospital looming thought I would have ago at the latest order from Shaun at S&S.The Sultan is a beutiful kit you need one even if you play ancients ,you need to build at least one of these :-) . All 3 kits went together without any messing very little cleaning up to do only problem I had was deciding where to put some bits each photograph I looked at of a Sutan was different ,hopefully everything is in the right place .
Got another order in with Shaun for his new FV432 peak turret ,not sure when I will be able to get it done but will post as soon as possible.

Posted by itchy's wargames at 07:09 No comments:

a spot of witch hunting....

A quick game of Witch Finder General by Dashing Dice Games ,a really fun game also is in my opinion  a fantastic ECW skirmish game as well . Didnt get much chance to take many pics but you get the gist of things I swamped under and let the 3 lovely ladies escape .. 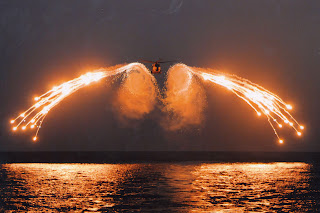 Always being cursed by small paper and cardboard counters in my Force on Force participation games I have been looking for suitable counters that cover what I want but are not going to cost the earth ,after meeting Mick from REDVECTORS I asked if I could look at his range and between what he already had and what he made especially from my requests I have ended up with a nice set of generic counters that I can use for FOF ,available in a range of colours as can be seen I had Blue and Red sets ,if any one wants the exact sets as shown they are now stock items ,but Mick is open to people adding or changing and willing to qoute for any lettering or numbering .His website does not really go live till his company launch in November but contact him by email and he can send pics and qoutes ,He also does a nice simple and "low cost" range of MDF buildings  .
Contact Him on    redvectors@virginmedia.com    and just in case your wondering I have nothing to do with redvectors other than being a satisfied customer.

Posted by itchy's wargames at 23:33 No comments:

The last few bits of my BAOR for force on force ,just the plastic kits and the bits i the post from S&S , then of course I will add a Fv432 with peak and 2 or 3 FV432 with Scim turrets once Shaun at S&S has them ready.I will do some pics with the figures/vehicles in units later. 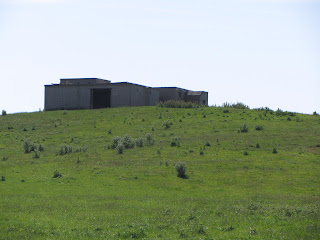 RAF Bempton was originally RAF Flamborough Head, a WW2 GCI Radar Site which opened in 1940, and was disbanded in 1945. After this it became an Air Ministry Experimental Station, and was established as a CHL/CHEL Radar station in 1949. It then transferred to Fighter Command and was rebuilt under the ROTOR program as a CEW ROTOR site with an underground R1 Bunker. It remained in this guise of 146 Signals Unit till 1961 when it became a satellite of RAF Patrington (later RAF Holmpton) until final closure in 1972. The site was disposed of in the early 1980′s and has been derelict since then. The site is in a very poor condition with the underground bunker having suffered a severe fire and most of the surface buildings being in a very poor state of repair. The Guard House bungalow and emergency exit are going to be imminently demolished to seal the underground areas.
The underground R1 Operations Bunker was scheduled to be constructed in 1953 but was not fully complete until 1956, although it was equipped with a Type 80 Radar at the time of completion. The site was designated a satellite station to the nearby RAF Holmpton, which had been newly designated as a Comprehensive Radar Site with an underground R3 Bunker.
The site was also used as an experimental site for the Codenamed ‘Winkle’ High Speed Passive Radar Array – more information of which is available. The site contains very little original fittings and the layout is significantly different to plans due to the fire damage 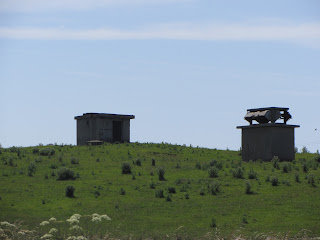 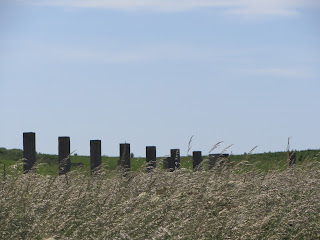 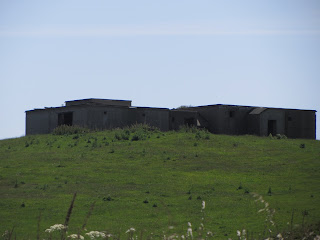 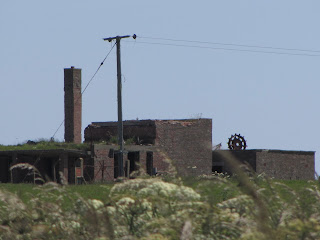 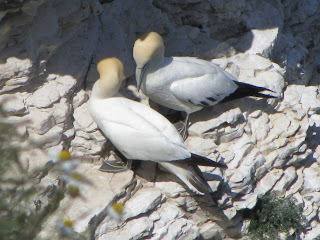 Today Bempton is more famous as one of the RSPB's leading nature reserves ,especially as abreeding area for puffins. 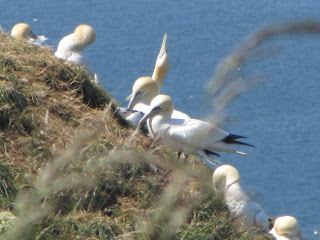 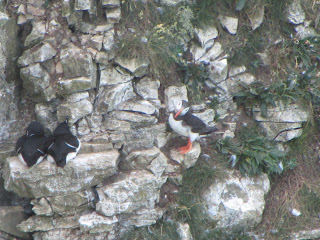 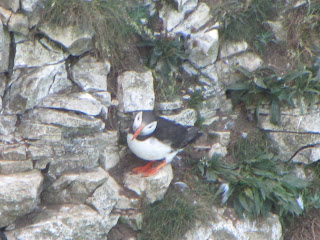 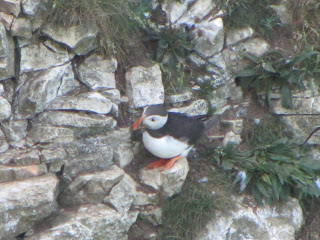 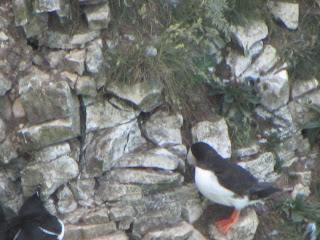 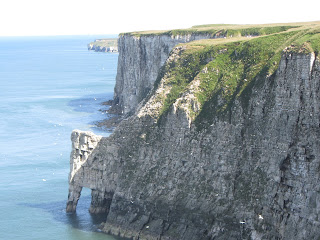 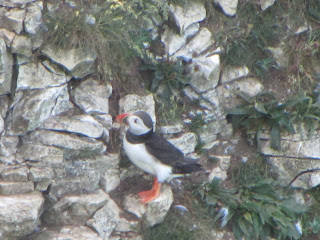 Posted by itchy's wargames at 09:54 No comments: