Did my first proper game of Naval Thunder last night at Sheffield wargames Society ,we did the battle of Cape Spada scenario ,it almost was an accurate refight ,then things started going dramatically wrong for the Brits with some really poor shooting .The game ended with a British destroyer sunk ,one failing a command test and leaving and the Sydney clinging on for dear life flooding and listing badly ,luckily the remaining British Destroyers valiantly got in the way and some great gunnery saw one of the Italian cruisers disappear in a sheet of flame and the other on fire failed its command roll and left with its tail between its legs. The rules played brillliantly after turn 2 we were only refering to the rule book when the quick play sheet instructed us to .We both enjoyed it and so did then onlookers  and my Topside minis caused quite a stir as well ,getting a order together between some of us so we can split postage and import costs. A great night lots of fun and chat between the club members we  are going from strength to strength well done to our new committee .

Posted by itchy's wargames at 23:19 No comments:

I have my first game of Naval Thunder planned for this coming Wednesday at sheffield wargames society so thought I would have a quick play test to make sure I have at least the basic rules under my belt. I printed off data sheets for a battleship and cruiser for each side ,then set about a simple game which basically involved just shooting at each other .The rules are straight forward but pretty exciting  really enjoyed it and I am looking forward to the proper game on wednesday. 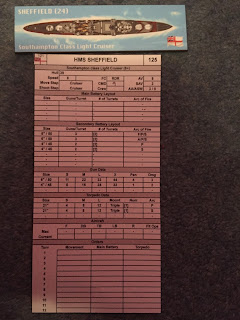 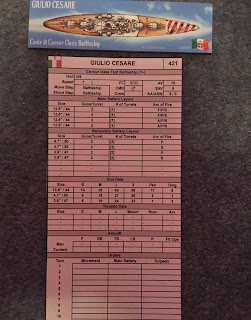 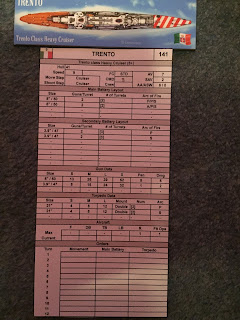 Posted by itchy's wargames at 09:45 No comments:

Matilda -Queen of the desert

My finished Matida 11's for Battlegroup Tobruk ,nice to build and the caunter paint job was pretty easy to do but the decals were awful to apply . 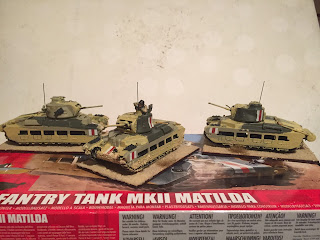 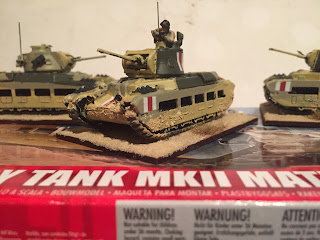 Posted by itchy's wargames at 14:05 No comments:

The Tobruk book arrived last week so spurred me into starting my Tank section ,3 Matilldas in Caunter ,The tanks are Airfix which were not too bad to make the camo's a pain though. 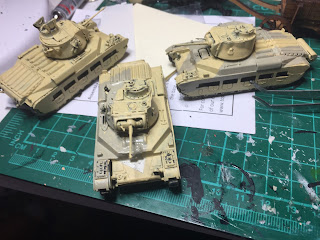 Posted by itchy's wargames at 14:57 No comments:

Ive been looking at moving my charity games for the British Legion into other spheres and thought of WW2 naval having found a great set of rules for the period (naval Thunder,see my earlier review) I started looking at the ships .I wanted to do the mediterranean theatre ,so looked at the 1/3000 scale minis which did the full range but some were just a small piece of metal that could have been anything ,the fantastic GHQ stuff didnt do every ship I wanted and the price was scary ,so I followed a link to topside minis site http://topsideminis.com and was impressed with what I saw ,cheap but colourful top view stickers that depicted ships in great detail and even ships in the same class are slightly different with deck colours or turrets being in different positions. Topside offer a free sample so I applied expecting a no sorry your at the other side of the world reply but no a sample popped through my door pretty quickly and it was nice a ww1sample not my period but still sold the idea to me .Topside must do every ship ,submarine and aircraft you can think of and even do battle sets containing everything for certain battles.The ships come with wooden bases included but to save money on postage Topside offer a 50% discount if you order minus the bases which I did getting some cut to size by warbases here in the UK . Having recieved my ships (despite the best efforts of Royal Mail ) I started to stick a few down it took me 25 minutes to cut out and stick down the Cape Spada set ,the stickers are easy to peel off and re-position if your a bit useless like me so dont worry about spoiling them . Each ship is in full colour ,with the name ,class and countrys flag shown for recognition ,scale is large about 1/1800 I believe .Got a ton of ships for less than 50% of the lead price even with import duties etc and these are so much easier to store and transport plus no painting or gluing together ,will be ordering alot more of these,  cant reccomend them enough really the only thing to do now is to to see how they fight .10/10

Another 7TV game at Sheffield Wargames Society last night -Shiva against Department x .It all went horribly wrong forthe good guys (again) with the guru calling up themany deomns of hell to wreak havoc on earth. 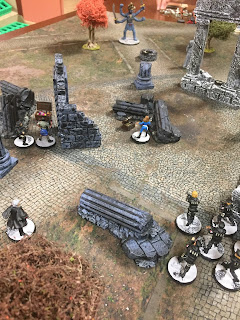 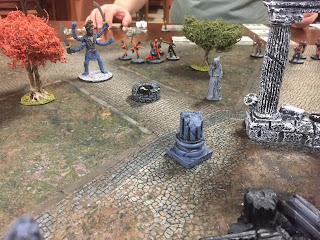 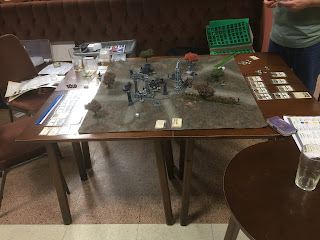 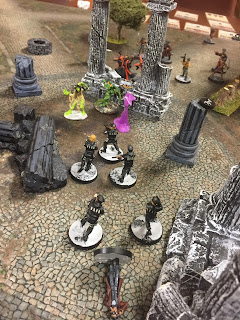