Vikings -for Clash of Empires

First few Vikings about another 110 to paint ,these are Gripping Beast plastics and Artizan metals ,I also have a lot of  footsore miniatures and Victrix  plastics and some gripping beast metals to paint .The Building is a 4ground mdf pre painted. 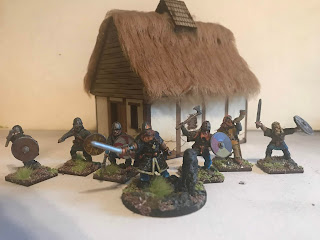 Posted by itchy's wargames at 10:11 No comments:

With our recent conversion to Great Escape Games Rule sets ,Rules of Engagement for ww2 and 1914 for WW1 &7 Days to the Rhine for the cold war period ,it only had to be a matter of time before we looked at Clash of Empires for Ancients and Dark Ages .I must admit my wargaming buddy John bought them a while ago for his Romans and Brits but when I read a review stating they could be used for the Dark Ages and medievils I took th plunge and I am glad I did , I got the main rule book and the Age of Ravens supplement for the Dark Ages .
The main Rule book is an hard cover ,full colour book packed with rules ,advanced rules and army lists & scenarios , a full index and list of figure manufacturers ,they are laid out really well with the pages colour coded for each section such as movement and combat they are 192 pages long with the army lists covering Early Imperial Rome ,Germans,British,Caledonian & Dacien.

The Supplement is again hardback ,split into 3 sections Wolves unto the fold ,covering the early Dark ages and Viking raids .The second  section Invasion & Conquest covers the period after 1066 and includes Normans the last section The Battle for Spain covers  the wars of El Cid . They also produce supplement books for the greek wars and the crusades .
10/10 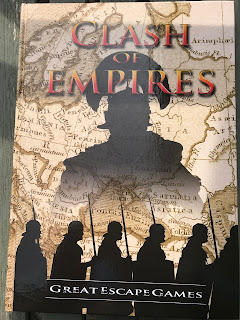 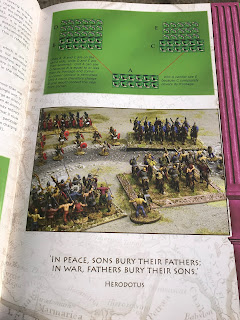 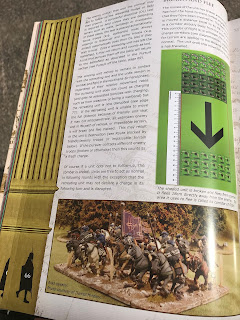 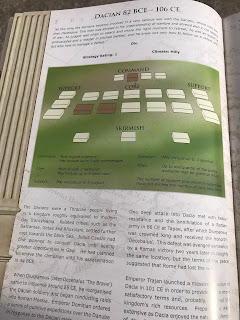 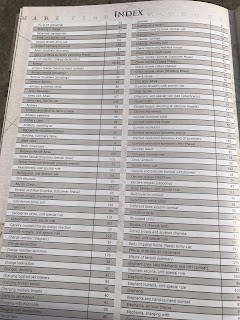 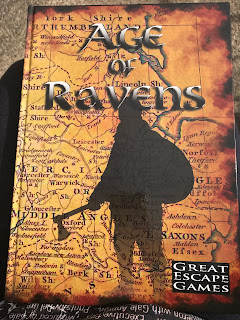 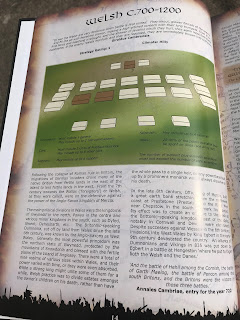 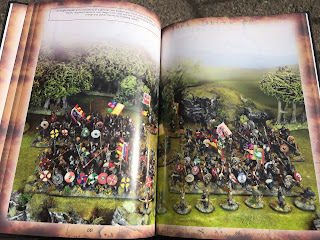 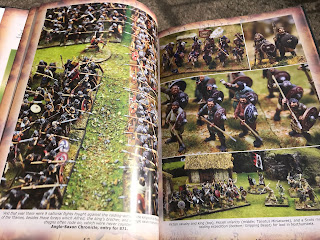 Posted by itchy's wargames at 11:20 No comments:

Cruels Seas -Flower Class and a pair of Dog Boats

Managed to get a some more finished for cruel seas , flower class corvette and a pairof Fiarmile D dog boats , the flower is a skytrex model sold as a warlord games model and the D's are Heroics and Ros ,all really nice models in resin with white metal guns and crew etc .I have painted and numbered them for the Med . 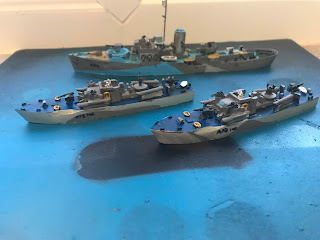 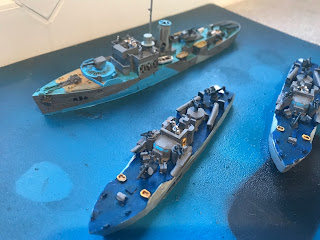 Posted by itchy's wargames at 13:04 No comments:

Managed to clear a couple of toys of my work bench ,the crash diving u boat from warlord games and a walrus aircraft from Heroics and Ros 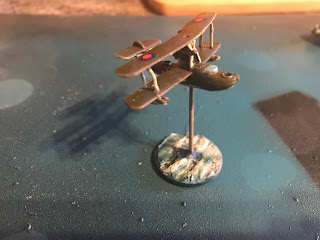 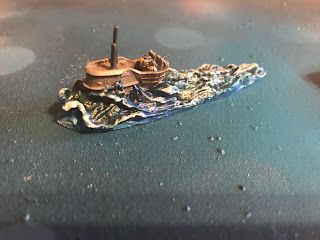 Posted by itchy's wargames at 12:26 No comments:

A return to the Peninsular

A nice Napoleonic game at a very busy   Sheffield wargames society , French v Spanish usung Brown Bess rules .Nice simple rules that allowed a big battle to be fought to completion in a couple of hours a French victory with lots of excuses from the spanish . 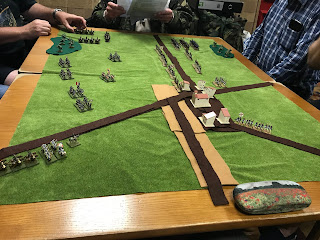 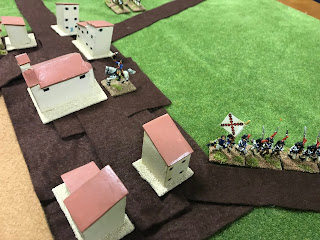 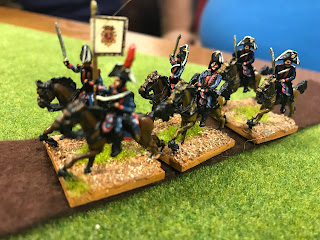 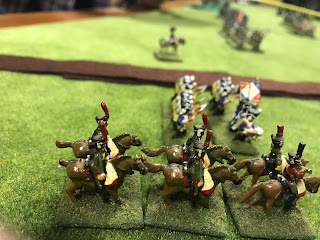 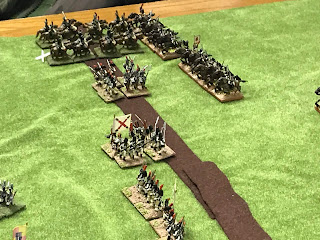 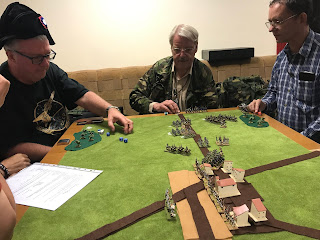 Posted by itchy's wargames at 08:41 No comments:

On our recent trip to Brecon we managed to visit  more Rorkes Drift defenders graves ,the 1st was Edmund (Edward )Savage who passed away in 1893 and is  buried at St Cathays Cardiff ,the second James Hagan who died in 1916 and is buried at Glyntaff in Pontyprid.The last was Gunner Abraham Evans who passed in 1915 he is buried at Varteg Chapel near pontypool ,this was our second attempt to find Abraham our first visit the entire site was waist deep in nettles this time most of the area had been cleared. Three more of the lesser known heroes of that heroic fight. 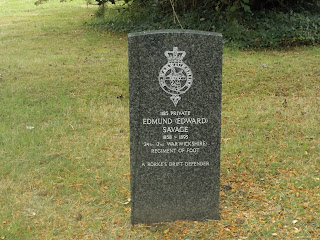 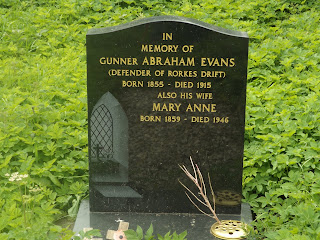 Posted by itchy's wargames at 11:58 No comments:

a trip to the peninsular

Tim Gow put on a excellent Matrix game  at Sheffield Wargames Society last night ,7 players taking the parts of famous or infamous characters from Napoleons excursion into Spain .Really good fun with us all having our own victory conditions whilst trying to capture ,keep and recapture Madrid ,an objective eventually won by the Spanish Iregulars ,with probably Wellington coming off worst .Myself I did ok as Murat my victory condition was staying a live with my reputation and hat collection intact ,which I did the small fact that I left Madrid in a hurry stopped me winning . Matrix games may not be for everyone but I advise everyone to try it once  , a bit like Marmite .