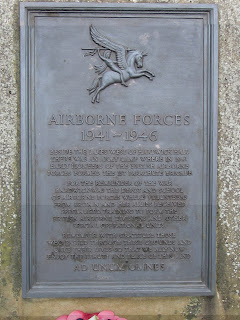 On a recent walk I spotted this memorial ,almost on my doorstep at Hardwick Hall ,I never realised this bit of history happened in this area.


The 1st Para Brigade was formed in September 1941, under the command of Brigadier Richard Gale, with its headquarters based at Hardwick Hall, near Chesterfield in Derbyshire. It was Britain's first true parachute unit. Initially the Brigade comprised of just three battalions, but a fourth was added in January 1942. However in July of that year, the 4th Battalion was released to help form the basis of the 2nd Para Brigade.
Posted by itchy's wargames at 03:53 2 comments:

A official Force on Force Tournament will be held in Sheffield during the summer (JUNE-JULY) To Determine the number of “knockout” rounds, Venues ETC  we need to know who is interested in taking part .

THE BASIC BITS , we will be looking at a 3 or four round knockout type tournament ,there will be a small entry fee to cover venue costs any profits will go to The Royal British Legion ,there will be small prizes for the later stage participants  with the winner receiving some official Ambush Alley Goodies ,a baseball cap a keychain and a 15mm ltd edition figure Plus a certificate proudly announcing you as the winner of the 1st Tournament , and maybe some more things as well .
The basic planning has been done but to finalise things I need to know numbers, so with no commitment at this stage if you are interested please either email me, or put down the following on paper and hand to John Grayson at the Thursday night meetings of the Sheffield and Rotherham war games Club or to John at the War games Emporium in Orchard Square please mark for the attention of Richard Holden
What I need to know if you are interested:
1. Do you own an Insurgent or regular force suitable for modern period 2000 onwards if so what scale
2. Which month is best for you June or July and Saturday or Sunday?
3. Would you be interested in a Tomorrows War Tournament?
E-Mail    Hrichard77@aol.com
Posted by itchy's wargames at 08:46 6 comments: 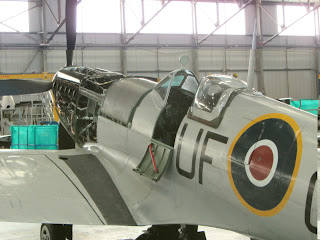 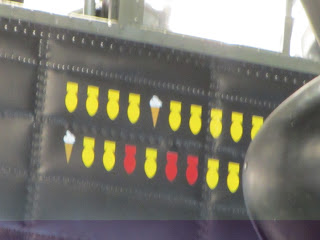 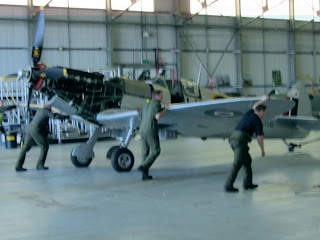 One of my recent days out involved a day in Lincolnshire and a visit to the BBMF visitors cenre.A highly recommenmded visit it was as well ,Free parking where most days you are treated to a free airshow by Connigsby's home based Typhoon's ,entry to the centre is free as well it contains some intresting items and as a fully stocked model shop But the highlight was the BBMF Hanger tour this carrie's a small charge but gets you into the working hanger with a very good tour guide .You get up close to the Historic aircraft and get some amazing facts about each one ,with its full history plus the history of the aircraft it is painted up as for this years shows.Really fantastic day plus you are really close to Woodhall Spa so its a must to see the amazing Dambusters memorial and visit some of the Haunts of those heroic guys.The Bomb Markings on the Lanc represent =Yellow raids on Germany -Red runs on Berlin and the Ice cream cones raids on Italy
Posted by itchy's wargames at 03:44 11 comments: