Done a bit of scenery for an upcoming game , a few zulu huts,  with resin huts being beween £8 and £20 each and none of them being totally acurate I thought I couldnt go far wrong having a go myself and here are my  scratch built  huts less than £15 the lot . Im impressed any way 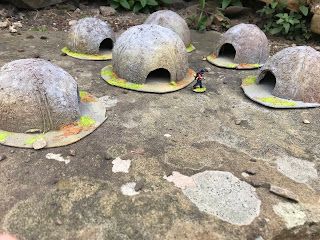 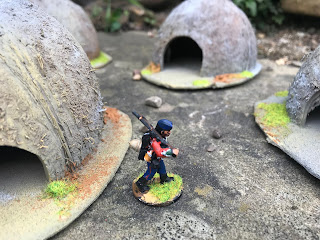 After my recent trip to Zululand , I dug out my Anglo Zulu war armies and I am looking at doing a participation game on behalf of Sheffield Wargames Society at ashow in the future , I have 2 scenarios in mind so thought I would look at rules , I do like my own set and they played well on their first convention at Sheffiled Triples afew years ago but thought I would try the osprey set " the men who would be kings " (tmwwbk) .So dug out a few figures and played a small game to get use tothe rules and really enjoyed them , there are a few zulu amendments on the facebook page and you do get afst and furious game with a feel for the period , played them solo using the Mr Babbage rules included in the book  .Will try them out again with a living partner and with a more complex scenario but so far Im liking what I see.

We played our first game tonight ,using the basic rules we played the Gather Intel scenario with 6 SAS v 12 Militia , it started off well for the special forces boys put quickly went down hill with awful dice rolls from me amd fantastic shooting from Johns militia , a fast bloody game which we enjoyed and will play again with the advanced rules . 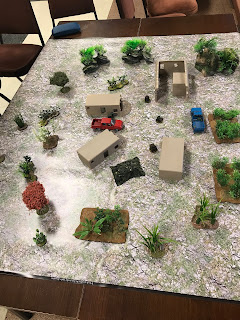 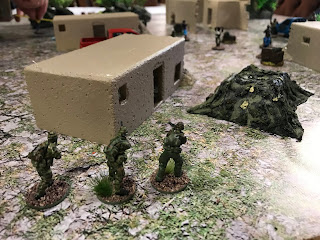 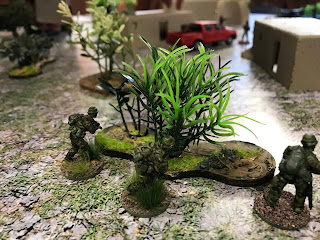 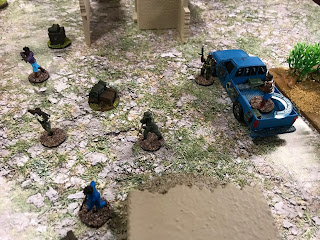 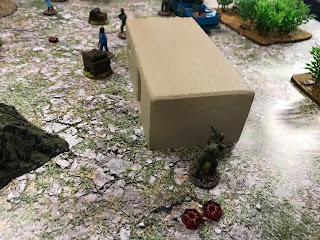 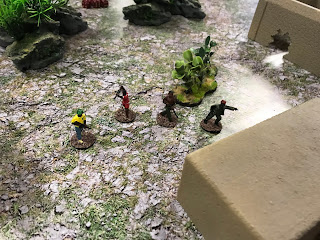 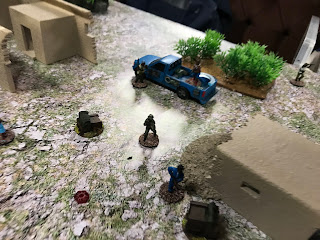 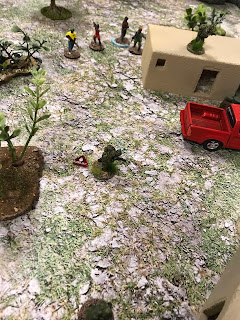 Posted by itchy's wargames at 13:23 No comments:

The second Edition of Spectre Operations arrived last week which spurred me into getting stuff ready for a few scenarios and possibly a campaign , the 2nd edition is much better laid out than the 1st and appears to be a great game ,we will find out at the club on wednesday . To help with scenarios and such I have done a bit of background fluff based on 3 of my favourite Africa in Flames type movies ,the wild geese ,Guns at Batasi and Dark of the Sun all great films with great characters .

The Fluff
The African country of Zembala is a ally of Great Britain since being a British Protectorate up until the mid 60;s when independence tore the country apart , a mercenary group rescued President Limbani and contary to news reports at the time he wasnt killed but was put back into power by the British , popular leader but internal unrest still exsists with a anti government militia led by General Ndofa ,these are sometimes backed by a group of religious Insurgents led by an ex military leader captain Abraham . The British have a training ground at Batasi and special forces regulary go on ops with a team of Zembalan regular troops and rumour has it most of the Simbas as the Zembalen team  are known ,victorys are actually the work  of the SAS.

Figures are all Spectre ,vehicles are die casts and the pick ups are antenocities resin

Posted by itchy's wargames at 08:40 No comments:

Seven Days to the River Rhine

Great Escape Games new rules for 1980's cold war games arrived ,aimed at lots of armour for quick play and after a quick look through they seem ok .Card covers and 44 pages in colour they come with a deck of tactical advantage cards.
The rules require D10; and D6's measurements in  inches and its ayou go I go type . Everything seems to laid out in a nice order and clear to read , a nice gimicky thing is on some pages there are bar codes which when scanned with your i phone show rule example videos . One vehicle represents one real vehicle , infantry sections are abit abstract and don't need to show specific weapons and can be represented by what ever bases you have around , ATGW are required to be based seperatelyand classed as support stands , a 1000 point army consists of around 3 MBT,s 6 infantry sections with APC's and a attack helicopter to give you an idea of what toys you will need..Command tokens are spent to give units orders , a down side is no tokens are given with the rules ,you have to make your own or buy the MDF ones from great escape but anything will do really . There is a scenario section with 4 scenarios you are left to decide army size etc. The orbit section covers France ,USA,GB, West Germany, Canada,Denmark, Netherlandsand Belgium for NATO players with the Soviet Union covering warpac. At first glance they lok nice and appear to be straight forward enough , we will play them soon as we have plenty of Cold War Kit in 20mm .Downside as stated no counters , no seperate quikplay sheets although it would be easy to photocopy and the cards are pretty basic when compared to other games glossy card decks .

A few pics of our game of Frostgrave at Sheffield Wargames Society ,we palyed the mausoleum scenario from the main rule book a fast and furious game ,great fun and easily picked up ,looking forward to the next installment 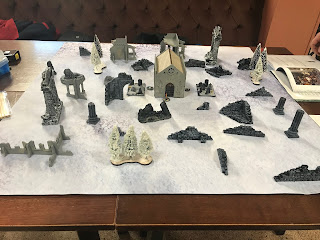 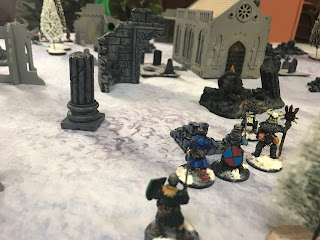 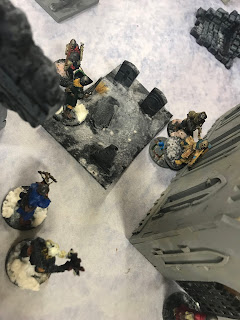 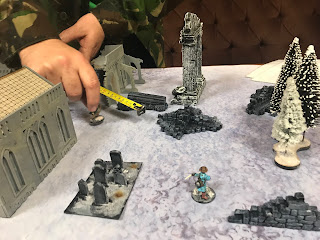 Posted by itchy's wargames at 13:38 No comments: