Another character for my Rorkes Drift game This time Bromhead of the 24th foot .Portrayed in the Classic movie Zulu by Michael Caine .Empress miniatures do a historical version and the movie version and I have done both as the game planned for Triples will be based on the movie and a little tongue in cheek being participation game.

The uDhloko regiment that fought at Rorkes Drift ,Uludi and Khambula . Figures are a mix of mainly warlord plastics with a few war-games factory plastic and a couple of Empress metals . The mounted figure will represent Prince Dabulumanzi Kmapandi who led the impi that attacked Rorkes Drift after being held in reserve at Isandlwana .

Today we visited the cemetery in Phillips Park in Manchester ,3 Rorkes Drift veterans are buried here .The most famous is William Jones VC again a hero who fell on hard times having to sell his VC to make ends meet and even though he gained some fame inBuffalo Bill's wild west show he ended up in a paupers grave .Recently A plaque and new grave stone was put in place in the cemetery not only for Jones but the other 2 survivors John Lyons and Joshua Lodge . The cemetery is also the final resting place for 2 survivors of the charge of the Light Brigade Richard Brown & John Richardson and WW1 VC winner .George Stringer .There are many more commonwealth war graves as well . 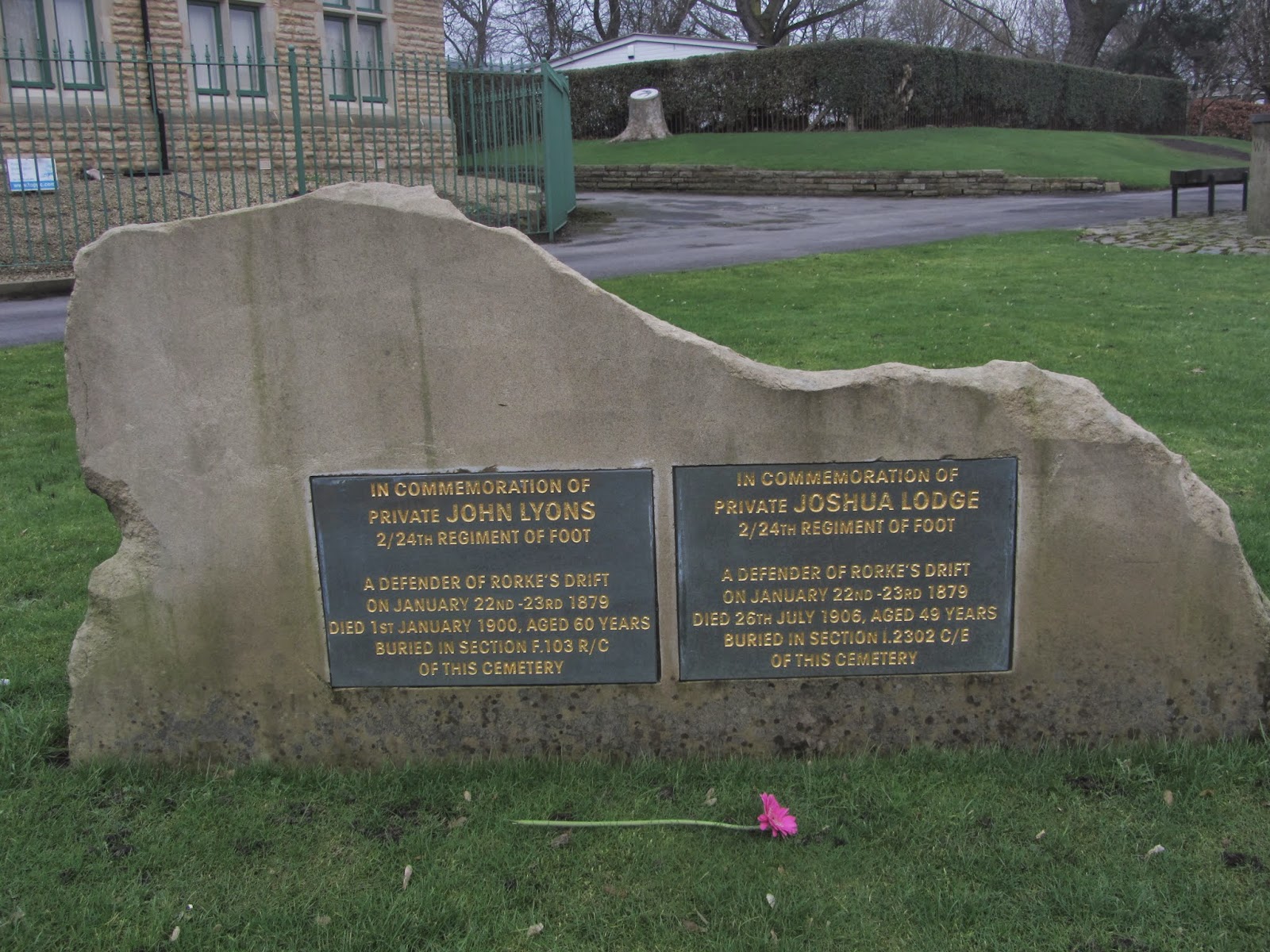 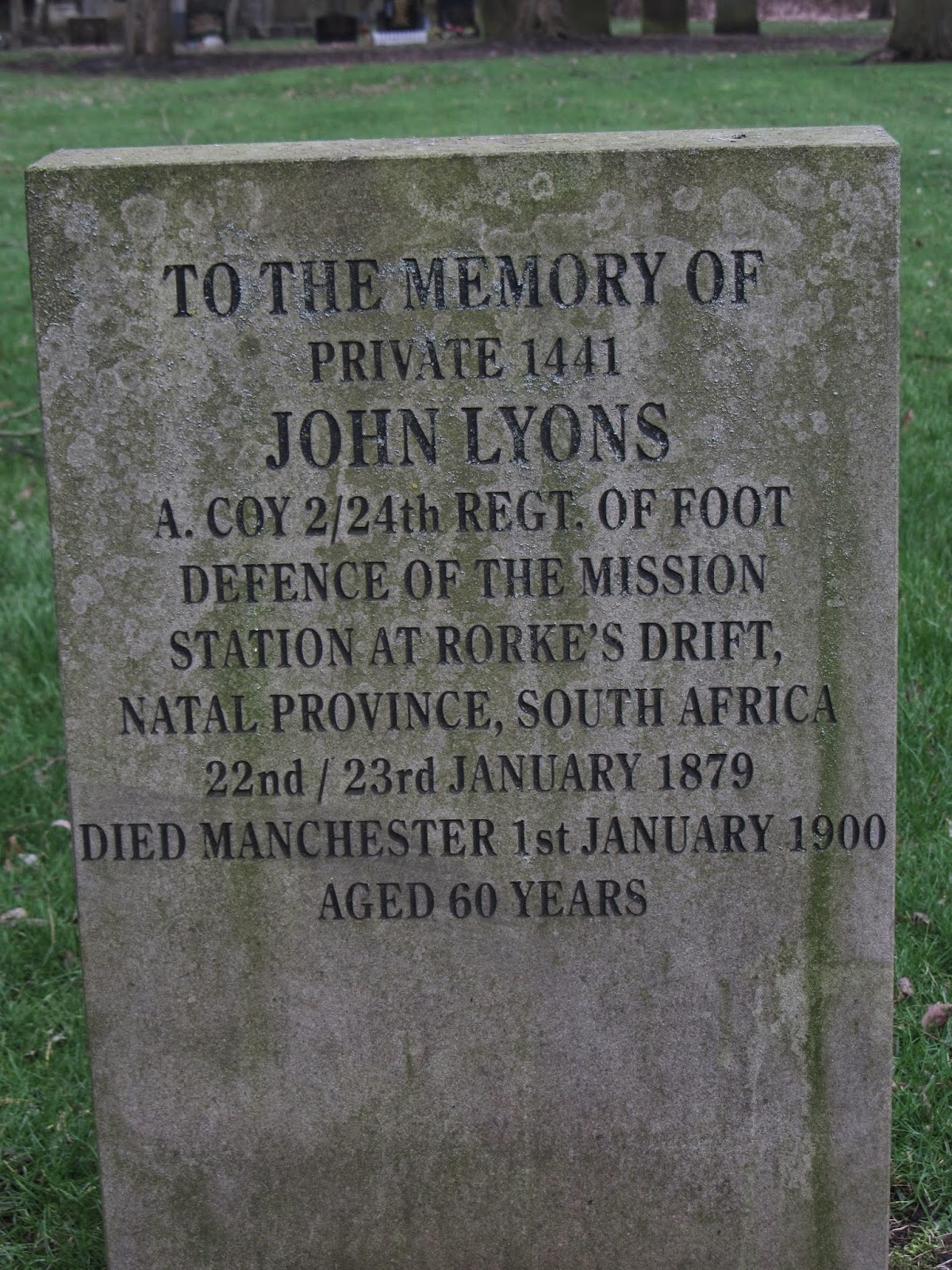 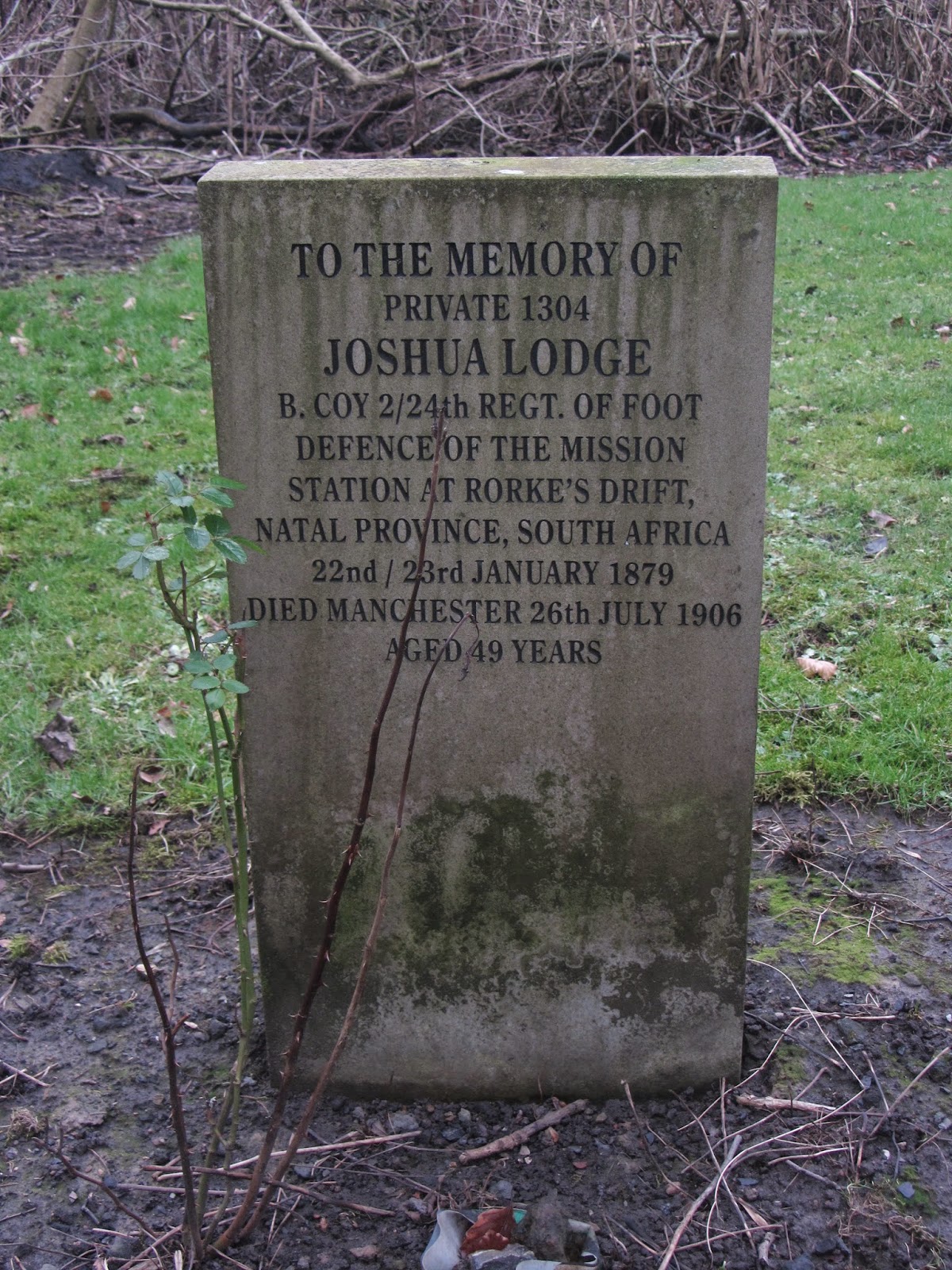 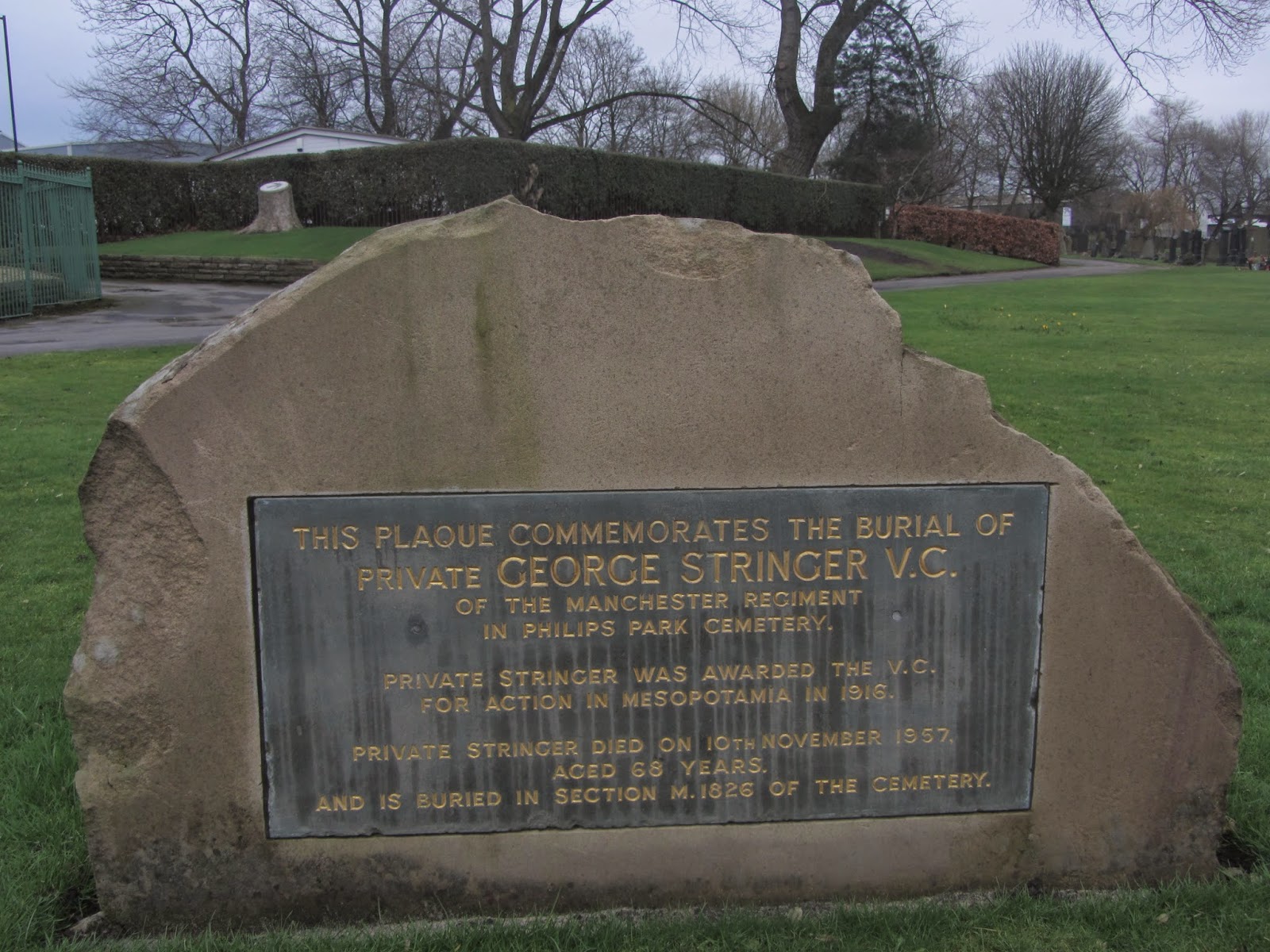 Posted by itchy's wargames at 12:37 No comments:

My first finished Rorkes Drift VC winner ,Scheiss was a Swiss born corporal in the NNC ,he was in the hospital with a foot injury probably caused by ill fitting boots ,during the battle he jumped onto and on one occasion over the mealie bag walls to get to grips with the Zulu attackers. After the conflict he became homeless and destitute and was found suffering from exposure in Cape Town ,he was offered free passage on the Serrapis  to England but died on the Journey and was buried at sea.

More figures and scenery soon .
Posted by itchy's wargames at 11:24 No comments:

My 1st unit of British Troops for my Zulu war project depicts the 24th Foot the most famous regiment of the war mainly thanks to the film Zulu .The 24th foot were almost wiped out at Isandlwana and then were main force at Rorkes Drift .The main unit is 12 strong with a NCO as leader and the 2 single figures represent a officer and "drummer boy" who were mainly about 20-30 years old and used bugles in the field .Figures are a mixture of Empress metal and Warlord plastic . I have managed to get a lot more at the just need basing stage so hopefully over the next week or so I will have more Brits and Zulus ready and then play testing of my rules can begin in earnest . 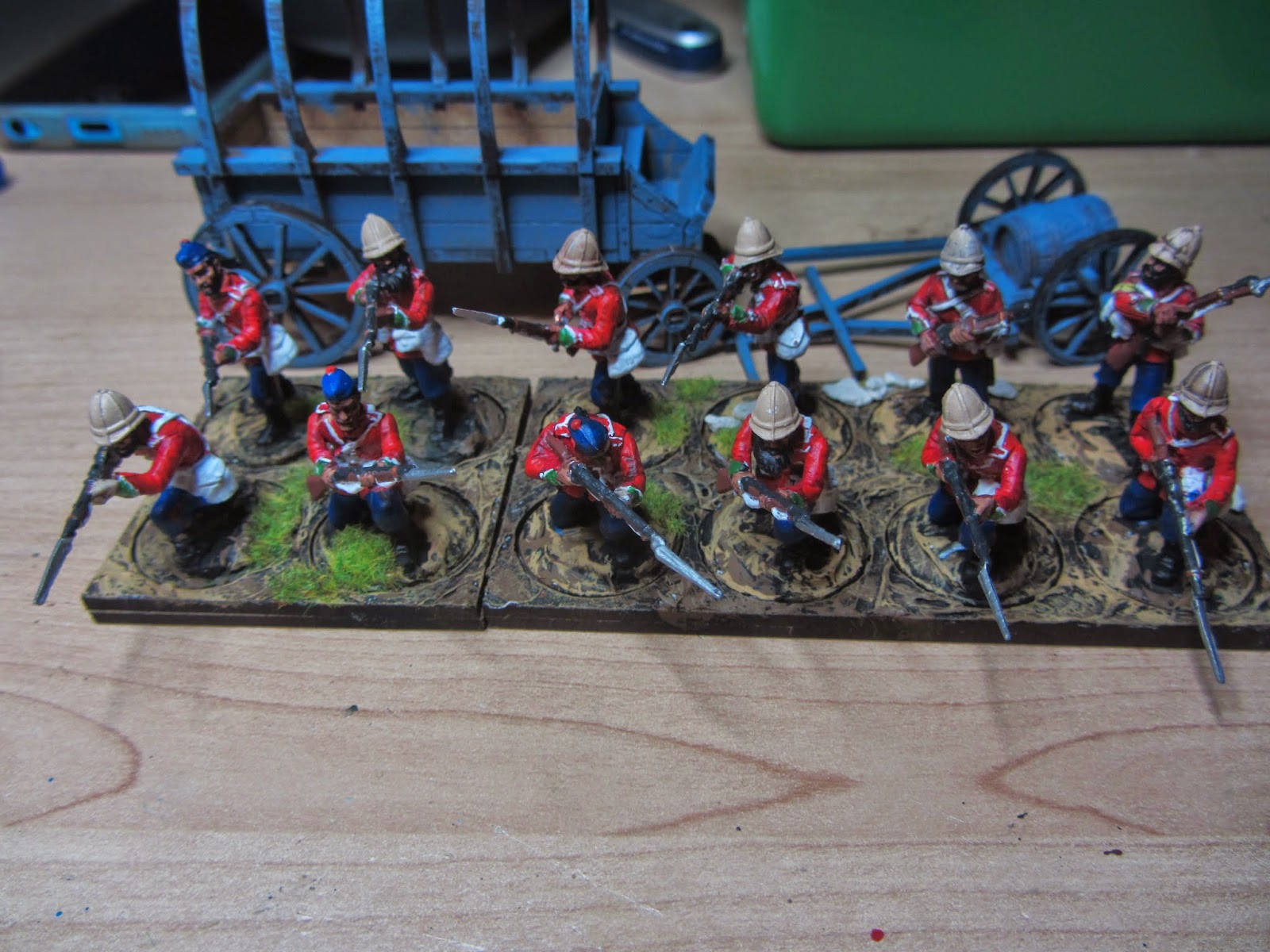 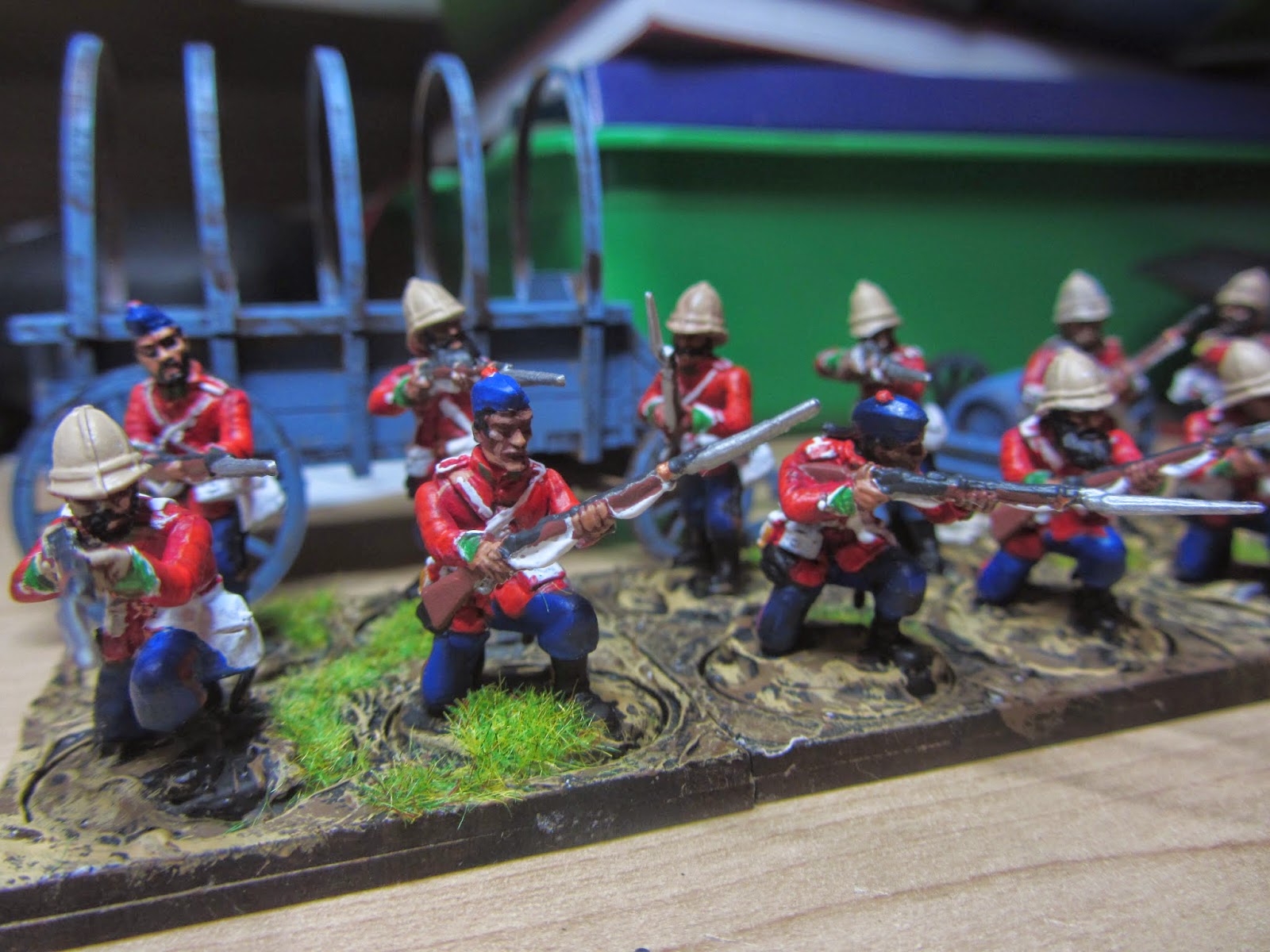 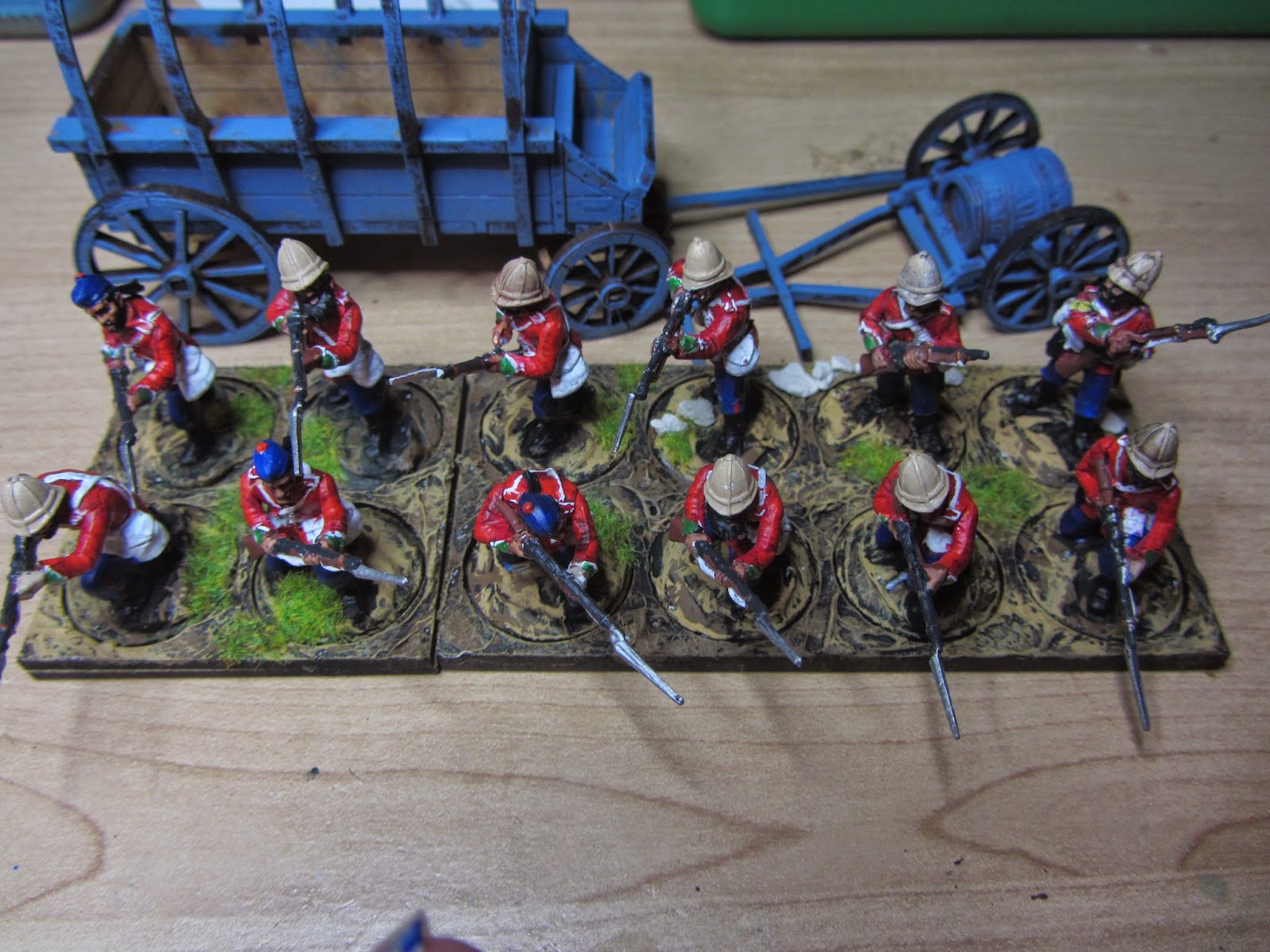 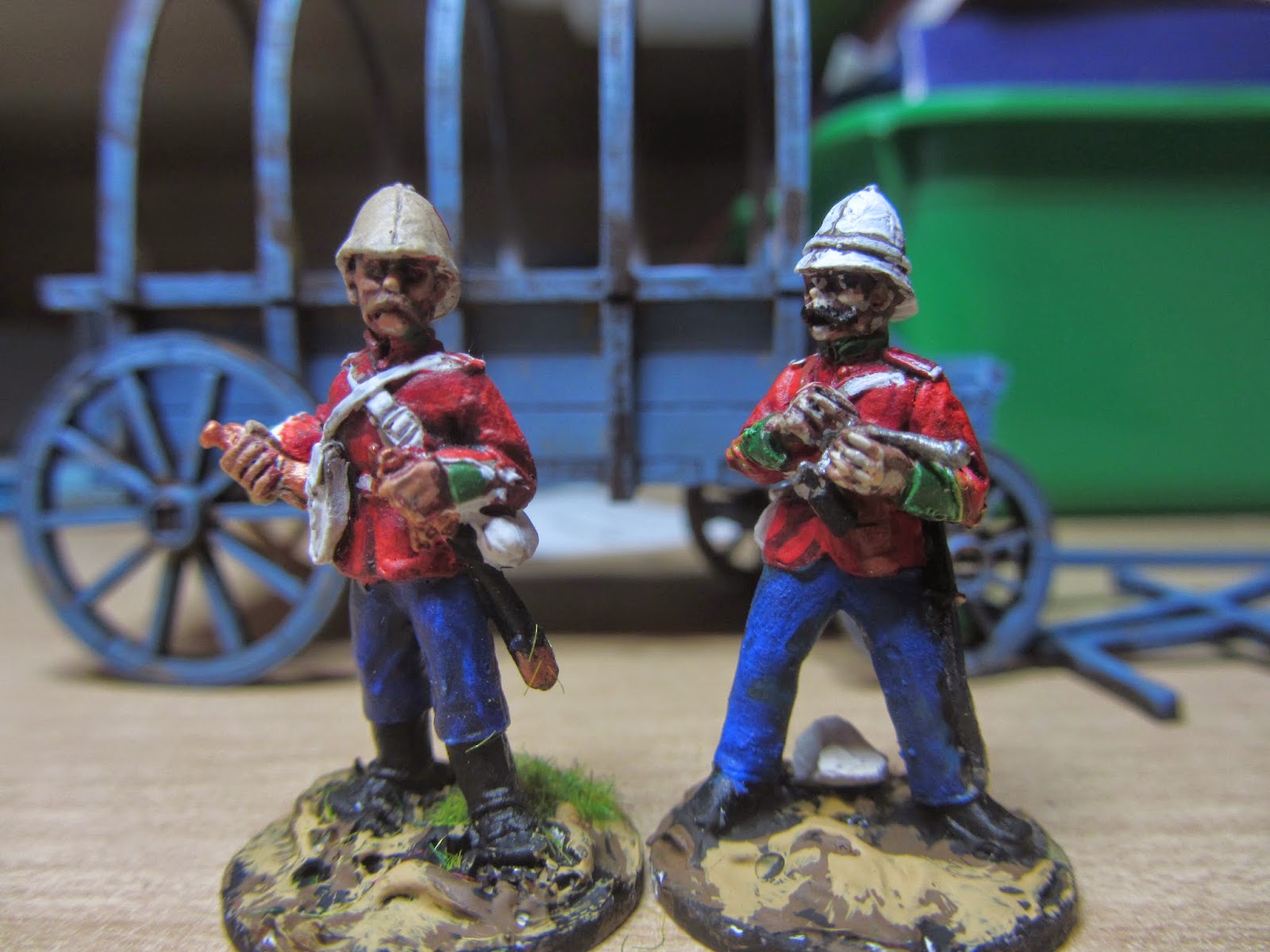 Legacy of the Rorkes Drift Heroes-Volume1

A great book , this volume covers 9 of the lesser known heroes of the 1879 battle , the book is soft cover A4 size with a colour cover and black and white photographs and is 64 pages . Each chapter covers 1 man usually covering his parents,birth career before ,during and after his army life ,then his family history afterwards . These stories are very sad for example Sergeant Windridge lost 2 wives and 9 children and died an alcoholic .The stories of what each man did in the fighting at Rorkes Drift is worth the cover price alone . a definite must for anyone interested in this period.

Firstly Happy New Year in January 2014 I set some targets for myself for my wargaming , these were my targets :

This year I am going to attempt to :

Not to get involved in anything else

Cold War Gone Hot - sort of , I finished my B.A.O.R (barring 2 harriers which are partly done )  but started a west German and Russian armies .

Witch finder - yes happy with this ,although I do have some bits to paint I do have enough stuff to game with .

WW1 -A resounding failure done nothing at all .

Complete my Zombie project - Although I have painted loads ....see7TVBond ,7TV Tarzan etc.

FIW - Happy with this just handful of Rangers to paint .

Ronin-  Hurray did it

Terrain -happy got a lot done for FIW and Zulu .

Not to get involved in anything else .....A massive Failure  got into 6mm moderns bought loads of the 7TV starters .........

Play more games - Sort of a success  Ran Games of Cold War Gone hot at Triples and 6mm moderns at the joy of six. At SWGS managed to get a couple of games in and visit a lot more and I managed to get a few games in at my workplace at night in the function room about 2 cold war gone hot , 2 6mm modern and a FIW game. At home been play testing my Zulu rules and got a game of Cthulu in .

Overall not brilliant but I have been in Hospital for my throat op then back in Hospital when I nearly died , got promoted at work ,had a new Grand Daughter, discovered who my Dad (sadly passed away ) was and discovered 2 new sisters and a new brother ,plus my fund raising was very successful this year so I think I have reasonable excuses .

For 2015 - Get the zulus done for triples ,run another game at Joy of Six and rejoin SWGS and get down more , anything else will be a bonus .The Zulu game should be ok , the joy of six stuff is being done by my partner in crime John Grayson ,club wise I have booked the friday off before triples to help them set up so thats a start .

Posted by itchy's wargames at 03:09 No comments: