Hi not posted for a while , been ill and started a new job so not been up to it ,managed a few games ,Ambush alley , stormovik commander and wings of war. Had the nice news from Shaun and Peggy at Ambush Alley that our little team that do fund raising games have been chosen as AA point Men . Will post some more over the weekend including a review and picks of the 15mm sci fi  stuff from critical mass that we will be using for tomorrows war ,and pics from some games and whatever I get time to do. 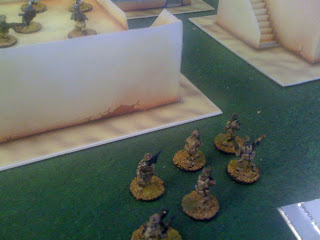 Posted by itchy's wargames at 01:27 No comments:

Posted by itchy's wargames at 13:20 No comments: