Getting into the Dr Who exterminate game I was quite pleased when warlord released a Tardis , a bit expensive at £10 but it was a crucial piece for each game ,even though it is really only a scenic piece .My tardis arrived and I was abit disapointed that when it arrived it was badly deformed ,I informed Warlord and eventually they sent me freebie ,so now I had perfect one and the deformed one ,so ideas of acrashed Tardis were in my head when I spotted adie cast one ready painted with all the signage in place for £2.99 . This die cast one seems to fit scale wise even better that the warlord one which is slightly shorter and thinner .So a scenrio with multiple Doctors is in the near future (excuse the pun )

scooby doo where are you - a 7tv game

Using the same layout as our sharpes practice game managed to get a quick 7tv game in using the scooby doo supplement .  As always great fun ,played it with the lights down to give a spooky dusk setting . The gang out to investigate the haunted barn , the spooks did what they do best and the police had to find the escaped lunatic . The gang discovered that the monsters were actually disgruntled townsfolks trying to stop big business buying their land and the cops got their man ,the ski mask and bloody macette gave it away in the end .Pesky Kids by Hasslefree ,cops by Crooked dice , police cars by Antenocities workshop, monsters from lots of creepy places and may by Urbanmatz ,Mystery machine by hotwheelz

Played my first Sharps Practice game today , very easy to pick up and great fun .Ended up a draw with niether side being able to claim their objectives ,the French did really well after rolling an awful morale rating at the start of the game .The tiffin token came out early in the first two rounds which didnt help  the brits. Figures mainly Galloping Major but some conquest which I now believe belong to Warlord.Buildings 4 Ground and warbases trees and other bits from many different places including home made mat from urbanmatz 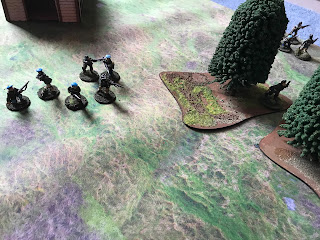 Posted by itchy's wargames at 07:07 No comments:

Dr Who into the Time Vortex -latest painted figures

Finished the 12th Doctor and companions set and one of the resin sets of the 1st ,4th and 10th Doctors .The resin are nicer than the metals but I do Like the 12th Doctors pose ,Capaldi was one of my favourite Doctors ,shame the stories were so naff .Overall Im really getting into the game the human figures are not the best look a likes but most of the poses are ok and it looks like you will be able to get everything you could ever want and the rules and game play are ok . 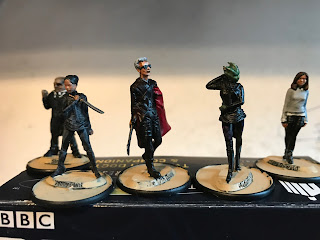 Made a visit to the International Bomber Command Centre ,near Lincoln today and even though it is not completely finished itwas still an amazing experience .The gardens and the spire are free to walk round although there is aparking fee and if you want to see the interactive exhibition centre there is a entry fee but you have the option to upgrade your entry to a years pass for free . The gardens (one of the bits that was unfinished during our visit) will contain plants from every country that contributed in any way to bomber command during WW2 either with man power or financially ,the centre piece is the Spire at 102ft its the same lenght as aLancasters wingspan the shorter part of the spire is the length of a Wellingtons wing span .Around the base of the spire are a number of walls , which eventually will have the names of all the men women and children(yes children ) lost in Bomber commands aircraft ,besides the obvious bomber crews ,test pilots ,ferry pilots and in one case a 14 yr old air cadet who won the chance to fly in a lancaster that he helped raise funds for and sadly it crashed during his prize flight . There is a ribbon of Rememberance that will run from the visitor centre to the spire which will contain names of crew members and others who perished on tiles funded by relatives or sponsors. The visitor centre contains a really nice cafe , a well stocked shop which carries lots of unusual items ,even clothing I bought arather nice jacket .The exhibition is amazing lots of interactive things such as the chance to be part of the crew of a Lancaster flying mission against Peenemunde ,how you and the other participents perform means if your mission is asuccess or not .Other things include life size hologram type figures describing their roles in Bomber command , you can use period phones to dial up and listen to real life recollections from air crews ,ground crews and civilians ,film shows and artefacts make up a wonderful display ,its amust see tribute to the crews who were mainly ignored after the war ,relying totally on public funding your visit will count . 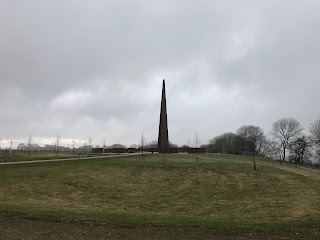 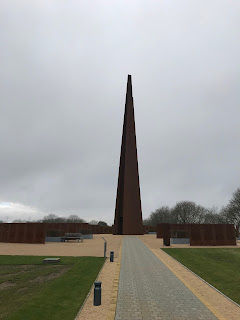 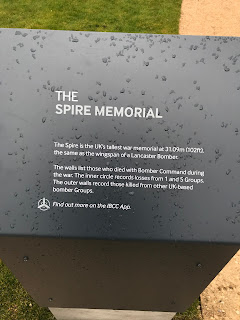 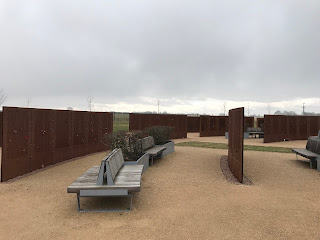 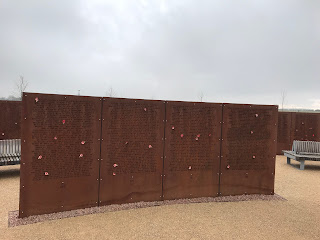 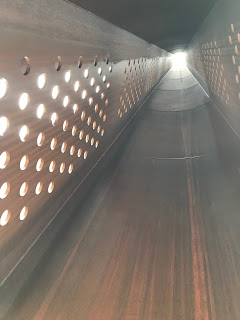 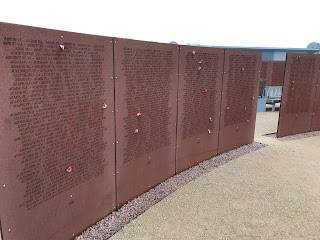 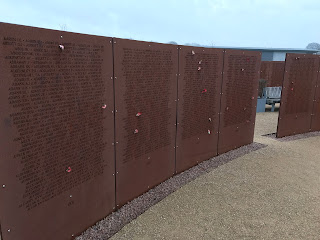 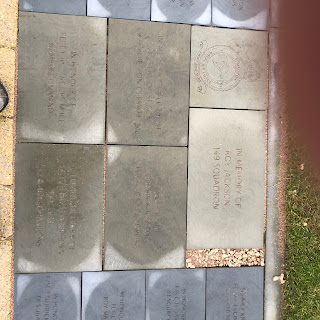 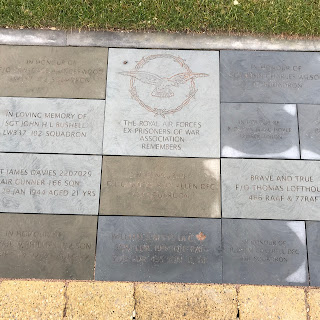 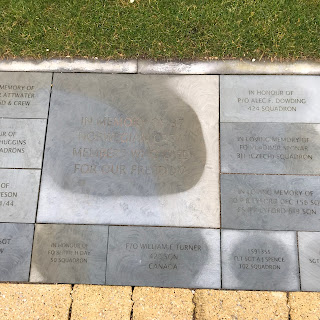 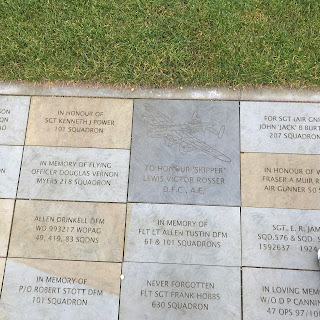 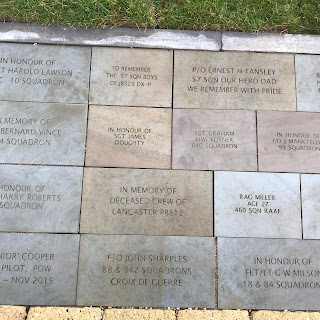 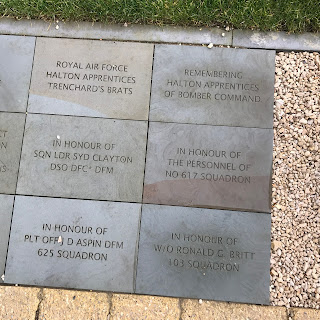 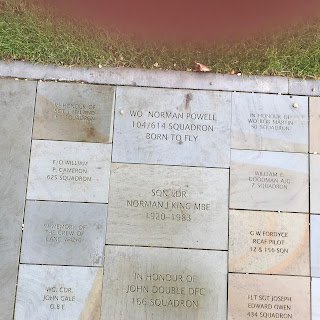 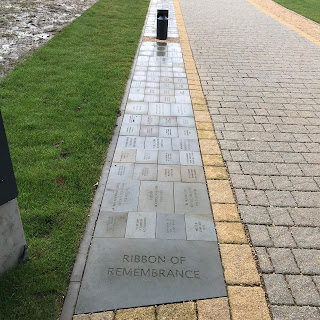 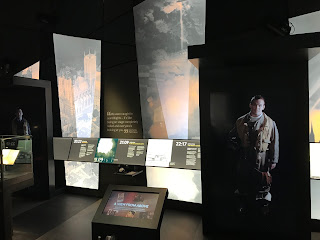 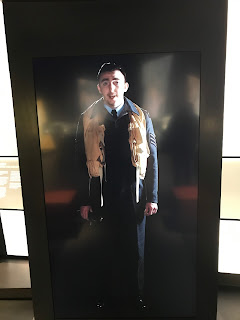 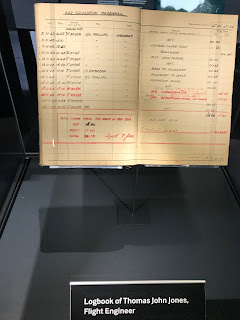 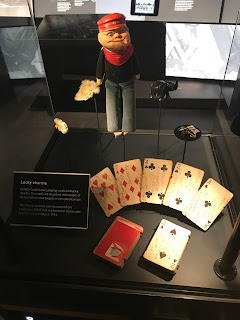 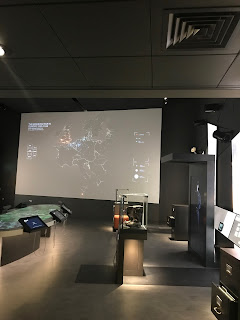 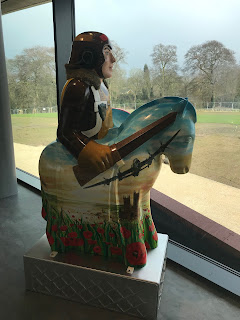 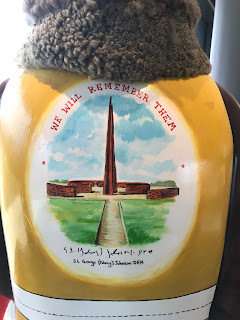 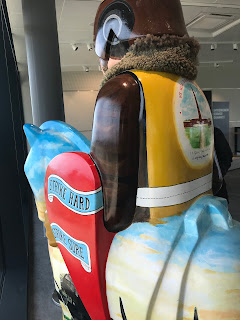 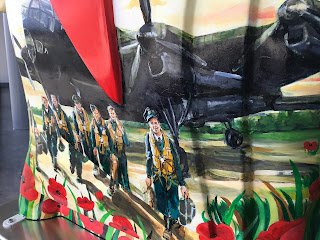 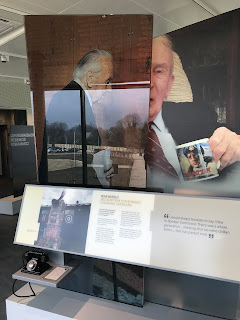 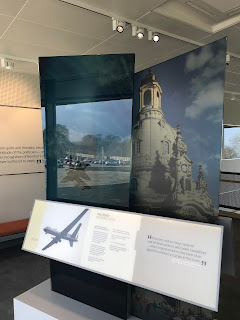 Posted by itchy's wargames at 14:19 No comments: