Managed to get some more kit for my Battlegroup Tobruk project finished , some Armourfast Valentines and some Early War Miniatures Vickers 15mm gunned light tanks .My first Armourfast and they are quite good really for wargamers would take alot of work to get to display models but nice the EWM models are really nice ,all the stowage is EWM as well .

Posted by itchy's wargames at 13:48 No comments:

Another fantastic game last night , really enjoying this rule set  its very tactical but fun ,still getting to grips with some of the special skills but we are getting there .Last night John played the League and I was Batman ,reallly bad dice rolling on both sides ( for example at one point We both needed 3+rolls I rolled 2 D6 and got double 1, John rolled 3D6 and got triple 2's)  meant it was a low scoring game which I literally stole on the last move 7pts to 6 ....

A nice small game last night of BMG at sheffield wargames society ,I ran a Penquin gang and John used the Joker around 300pts each in a 4 turn scenario .Our first game in along time aand we made one or 2 errors but we really enjoyed it ,lots of stratergy needed not just a shoot em up the Penquin romped home in an impressive 11 VP's to 1 win so a rematch on the cards for next wednesday .Figures all knight miniatures ,for your info building a mix of troll trader and the ones from the suicide sqd starter ,cars eagle moss and odd diecassts and the mat as always from urbanmatz. 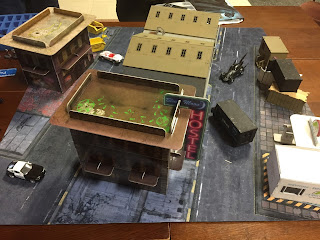 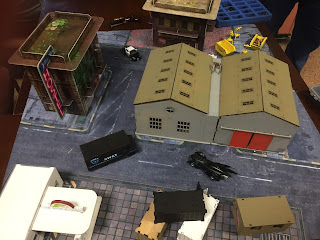 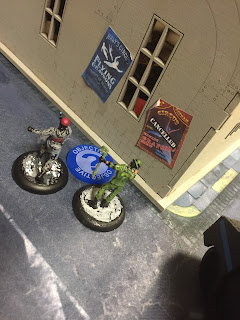 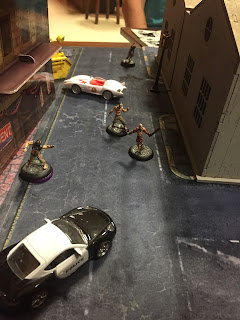 Having decided to start playing BMG again I thought I would update my collection with the 2 player starter Suicide Squad box set based on the movie. It is a great set and paid extra for the one with acollectors Harley riding abomb and the Aflick batman models ,so I got anice 15 figures there are also 2 nice strong card stock buildings and some dice and counters and alovely rulebook in the style of a DC comic,,however it is not really a 2player set .You do get enough figures but not enough dice or counters for a 2 player game so a bit misleading .I also read that the book contained all the new rupdated rules as well but this is not the case but I did find it easier to read than the hard back it seems to have less clutter a disapointment was that only the first scenario includes all the figures you get in the box the others require you to buy more figures .Not the best starter set but for some onw like myself that has all the bits to play anyway ,a nice expansion .9/10 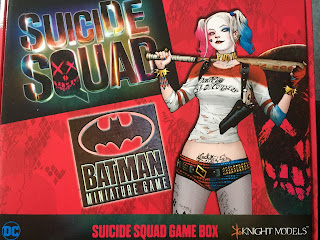 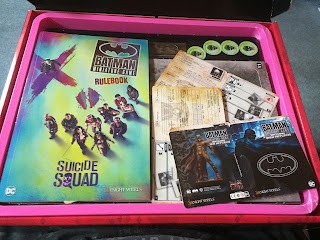 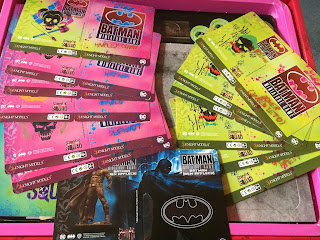 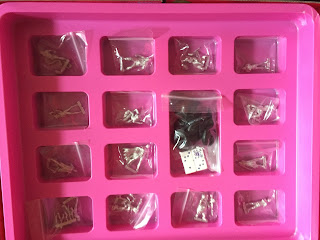 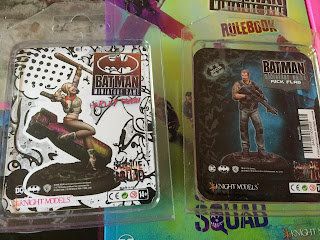 Posted by itchy's wargames at 08:25 No comments:

I have just recieved a nice present from my lovely partner ,the new Warlord New Guinea campaign army set ,a box full of nice toys and a really useful campaign book .The book as usual for Bolt Action is full of colour pictures of painted models,plates from Osprey books and looks really good .There are 12 scenarios ,army lists for not only the Australians and Japanese but also America and the Dutch forces as well with lots of background info .The starter set I recieved contained 10 early-mid  war Aussies in their kit they arrived in straight from the deserts of North Africa armed with rifles and lewis guns ,10  mid-late war chaps in the famous jungle green uniform armed with a mix of owen guns ,rifles and a bren .The set also comes with a officer and 2 nco's ,10 papuan troops   a AT rifle a Piat team ,2 inch and 3 inch mortars a sniper team ,flame thrower team a MMG ,a really nice light howitzer and a resin Matillda which makes either the satandard 2 pdr , a support howitzer or a flame thrower frog version.The usual special figure that came with the book is of "Bull" Allan a very heroic Australian stretcher bearer who rescued many wounded troops and is shown carrying a fallen comrade over his shoulder .Some of the infantry poses are a tad "heroic" but overall these are great figures featuring a mix of bush hats and Tin helmets and some of them are a bit ragged to show the jungle wear and tare , the weapon kits are very nice as well but as usual do not contain any assembly instructions which can be a pain and the book is a 132 page soft cover in full colour - 10/10 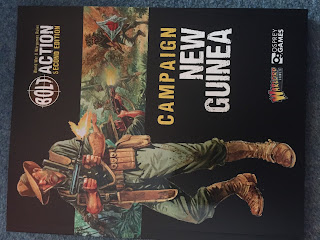 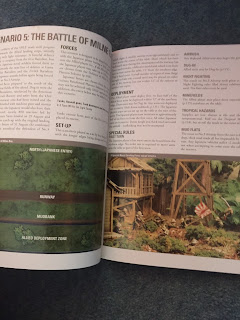 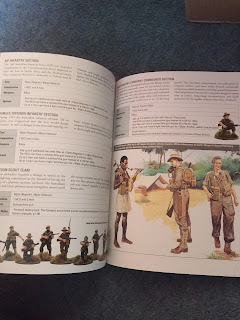 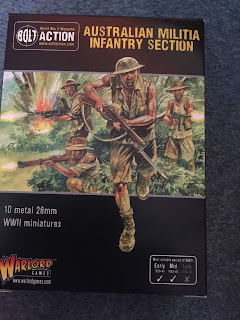 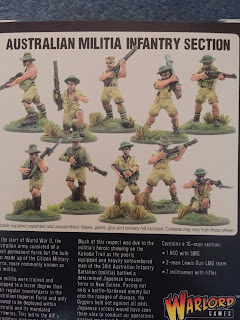 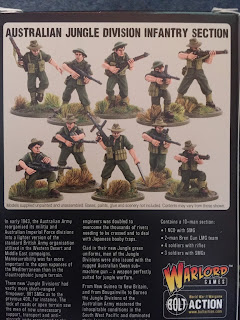 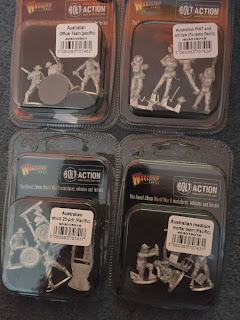 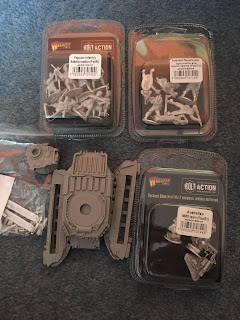 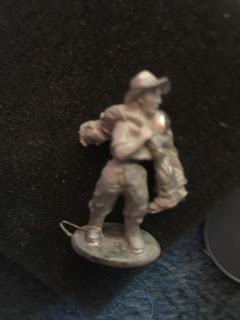 Posted by itchy's wargames at 10:19 No comments: