If you have read my earlier posts about the disgusting kickstarter run by plasticsoldier company you will not be surprised that things have got worse ,the non exsitant quality control used on this game continues as anumber of errors in the rule book have now surfaced and to show utter contempt for their backers PSC have now released the game at retail cheaper than backers paid for it with all the "exclusive kickstarter only items" thrown in for free ?.

Having eventually recieved the game I ran it out at Sheffield Wargames Society last night and it is very good ,nice easy game play ,fun but with a lot of tension we played 2 player and got to a finish in 3 hours , a definate 10 out of 10 for game play .Im not sure it will last many outings the quality of some of the card items is doubtful .The game recieved a lot of comments and interest from SWGS members with lots of interest in the game but disgust at the quality of the plastic aircraft ,such a shame really this could have been a fantastic product .Playing again next week now we have the rules under our belt so a more in depth game report to follow. 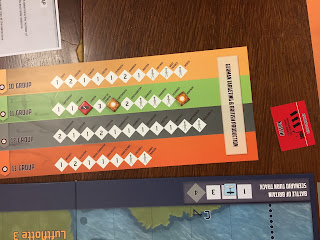 Posted by itchy's wargames at 19:59 No comments:

Called in at the Range today and always on the look out for cheap supplies saw a range of Acrylic paint so bought four and just tried them they are very good ,I have used them on top of Vallejo and then used a army painter ink wash on top with no issues , not a massive range but at £1.25 for a 59ml bottle ( the vallejo size bottle is 17ml ) you make quite a saving on your basic colours .well worth a look 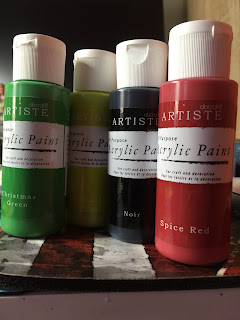 Another game of AVP ,really great fun with the tension high till thelast turn ,brilliant fun but tactical and easy to pick up great club game . 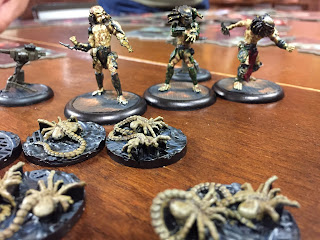 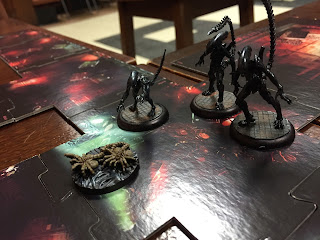 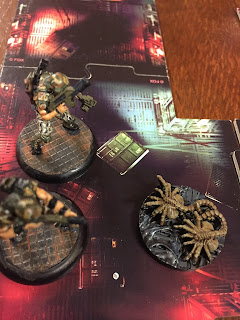 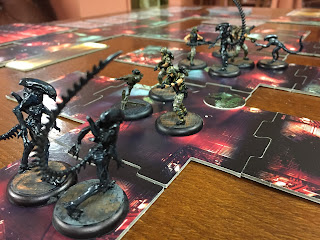