Recieved this from the Royal British Legion , and would like to thank everyone that has made a donation  or has sponsored me in anyway or just given moral support ,Thank you.

Over the past few weeks the nation has united in respect to remember the fallen. Poppies have bloomed and our volunteer army has been out in force on a high street near you.

On Sunday 14th November, as the time neared 11.00am, the Poppy-wearing crowds, gathered in London around the Cenotaph, waited expectantly. On the stroke of 11.00am Big Ben chimed and a hush fell over the usual clamour of the city. For two minutes people of all ages remembered the courage of those men and women who lost their lives during conflict. Many thought of family, friends and comrades, while others simply bowed their heads in respect for all who made the ultimate sacrifice.

Then, the band struck up and the 10,000 strong column of veterans began the annual march past the Cenotaph, applauded all the way.

This year we are hoping to raise a record-breaking £36 million from the Poppy Appeal. So far the figures are promising and I hope that we will meet this target. Of course the more we raise the more we can do to support our veterans young and old.

Once again, thank you for all your support of the 2010 Poppy Appeal, let's hope that together we can raise the money we need to help those that need it most.

Director of National Events and Fundraising
Posted by itchy's wargames at 12:02 No comments:

This past weekend saw the Drawing of the raffle to raise funds for the British legion , All the prizes have been claimed and collected and a lot of happy wargamers left with some lovely prizes. I would like to thank the following people and traders , John Grayson for helping out at this years events , John Skotulanski and his staff at Wargames Emporium for their support ,loan of shop ,allowing the internet sale of tickets and for their sponsership. Shaun ,Peggy and Robbie at Ambush Alley games for their amazing support  and sponsership and to all the other traders ,Warlord Games , Baccus , S&S ,Caliver Books, Irregular Miniatures ,Osprey Publishing , Two Fat lardies , Gripping Beast, West wind Games  and North Star miniatures ,and of course evry  single person who bought a ticket ,thank you.

Yesterday I was proud to attend the remembrance Sunday service at IWM Duxford ,which is an amazing place place on a normal day but Yesterday was a moving tribute to our fallen personnel from past conflicts. Thank you all for helping raise funds , but please remember our dead and injured Service Men and Women and their families need support everyday ,keep donating.
Posted by itchy's wargames at 02:02 1 comment:

Just a final reminder that the draw for our raffle in support of the Royal British Legion is this coming Saturday the 13th of November at 1PM in the Wargames Emporium ,Orchard square Sheffield, Tickets are still on sale in the Shop and on line untill the time of the draw .£1.00 for 5 tickets ,fantastic prizes and most importantly every penny raised goes to the Legion whose support to our  service men and women and thier family's from all conflicts is never ending. 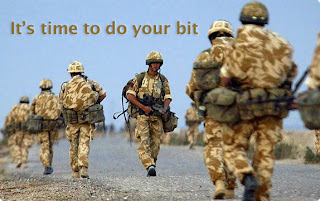 Thank you.
Posted by itchy's wargames at 04:23 No comments:

Requiem for a Soldier

Posted by itchy's wargames at 03:02 No comments:

Hi thanks to everyone who came down yesterday to play the game or buy Raffle tickets and help the Royal British Legion . Thanks to John Grayson for helping out as usual John for letting us use the Wargames Emporium it was nice to chat to all the gamers I hadn,t seen for a while Tim ,Ian and John (another one) especially thanks for your support.I did take some photos but seem to have deleted them ? .
Posted by itchy's wargames at 01:59 No comments: 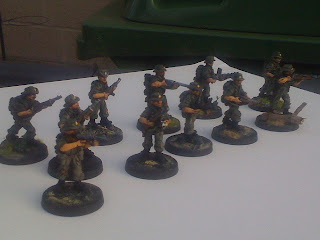 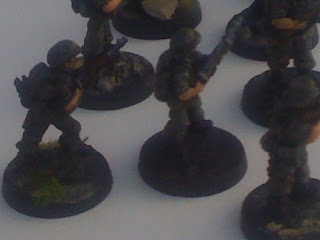 Hi nearly finished my Royal Hampshires for the Malayan Emergency .Just the basing to finish off and then onto the Ghurkas . I have always liked the Britannia range but Daves new 28mm Inkerman range is fantastic.
Posted by itchy's wargames at 05:47 No comments: