Greystoke the Legend of Tarzan lord of the Apes

Another lot of figures for Pulp alley ,really loving these rules they work so well in solo games. Always a fan of the Tarzan books and grew up with the weekly tv show with Ron Ely and of course the regular Wiessmuller screenings although the Gordon Scott movies are my favourite Tarzan movies and of course the Christopher Lambert film whose title I pinched for this post  is always worth a watch ,so below my first batch of figures for Lord of the Jungle .Figures a mix of Northstar and Copplestone 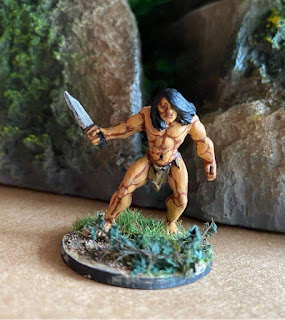 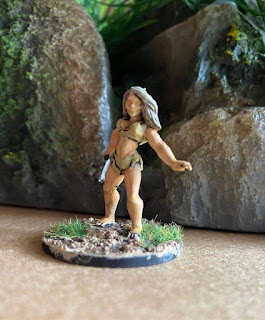 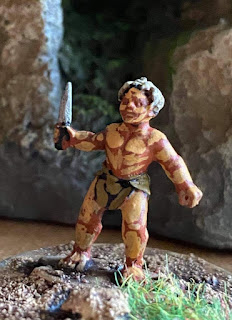 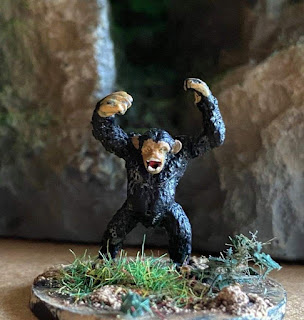 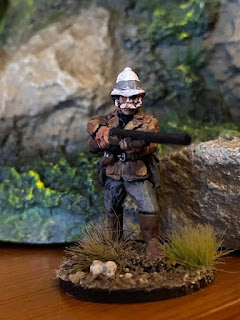 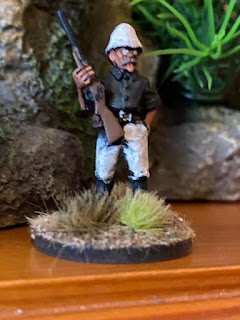 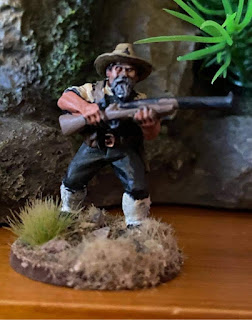 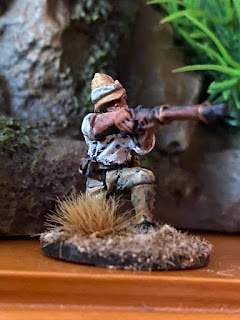 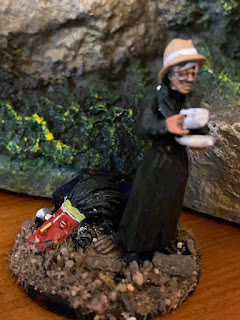 Time for her Ladyships Tea 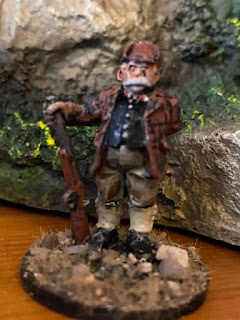 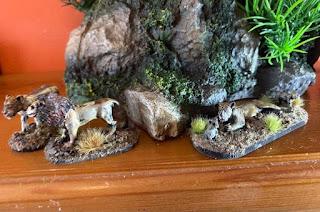 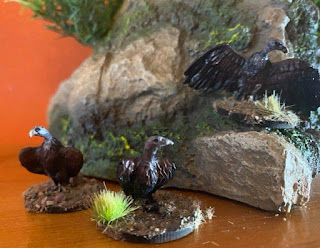 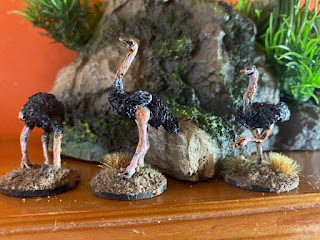 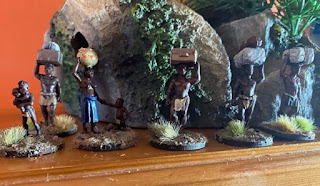 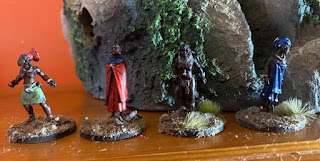 A few bearers villagers and Princeses to rescue

One of my favourite 60's TV series also loved the 80's spin off ,the New Avengers so obvious I picked this for my Pulp Alley Legue and 7TV casts  ,must admit its easier to portray as a Pulp Alley League using the Duo perk I dont need any other characters and can use Mother as a associate off table as he should be and also portray the fact Steed never used firearms , a characteristic patrick Macnee brought in as in real life  he saw so much shooting during ww2 and lost so many friends due to it . I have so far found a suitable model for 2 of his early side kicks ,Emma Peel and Cathy Gale ,still neeed a Tara King ,also found a set of figures for the New Avengers which I will purchase at some point . A suitable Bentley in racing Green has joined my collection as well ,although especially in a lot of episodes Steed used other vehicles , the Bentley has become the icon of the series , it seems as well Patrick Macnee never mastered driving it and in long shots its a double driving it and in close ups its either in a studio in front of a moving screen or when outdoors he was pretending to drive it as crew pushed it along .. Figures all crooked dice 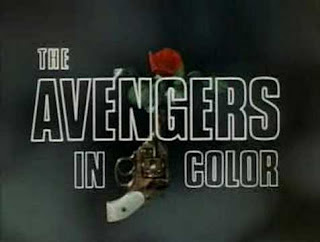 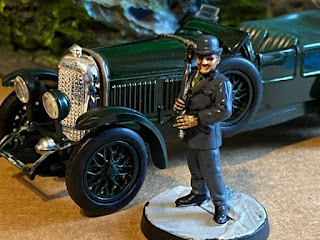 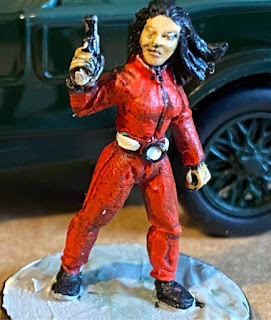 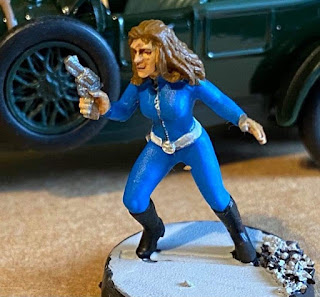 Cathy Gale
Posted by itchy's wargames at 17:21 No comments: