It is my mates birthday so thought we would go to Fiasco in Leeds ,never been to Fiasco since it moved to this venue and had a wallet full of money and wanted to pick up some bits and pieces plus get some of those dreaded impulse buys .Arrived 15 minutes before doors opened and their seemed to be a disagreement about if the crowd ( about 10 of us ) should be allowed in early or not , well we were .The first stall we came to sold buns? then we hit the wargames stuff I picked up a pre order from Underfire Minis to finish my 20mm IDF then moved along to Crooked Dice and picked up my order and had a great chat about upcoming releases ,then went to the Warlord stand to pick up some bits that John wanted and then browsed the other stand and shortly afterwards ended up back at the entrance with pockets full of money and feeling we had missed a room ,after a long look at the map we walked around again desperate to find something to buy and realised it was not just my poor eyesight but the room was very dark , and  trader  after trader joked about not bringing a torch ?. I suppose im lucky that in Sheffield we have a great wargames store that stocks about 80% of what I want but usually I always come away from shows with stuff i bought on impulse but the last few Ive been too Ive not indulged as much ,I think the issue here was at least 50% of the stalls sold the same stuff , mostly warlord games items .aybe we were being unfair but we agreed we wont be coming back to this show after petrol ,expensive parking and the entrance fee it would have been cheaper to order over the internet . Longing for the old days of stalls all sellng their own stuff and being crushed trying to grab that last copy of rule set maybe I dont know but other than the chat with Karl at crooked we didn't enjoy this expereince .
Posted by itchy's wargames at 07:16 2 comments:

Battle of Britain Board Game Kickstarter ---the ongoing saga

oyed about ongoing poor service and communication regarding the plastic soldier companies battle of britaion game . I backed this last year and also paid for some add ons for the updated game including plastic aircraft rather than the old style counters ,the game was due to be delivered in Febuary 2017 . Everything looked great it was fully funded in 5 hours and the target of £1,000 was passed and waas only afew pounds short of £91,000 ,it sort of went down hill from here .In Feb this year we recieved a up date saying it would take alittle longer ,no issues with this it happens ,in march we had a update saying its getting there ?. May brought a nearly there message and the promise of a complete plane decal as sorry for delay offering ,I was not too impressed as 1 decal for 20 +models meant having to buy more to match them up ,later in may we got the offer to purchase more extras for the game that was alread late ,I declined .June another nearly done message ,then another saying late August delivery .August yippee its ready to ship ,then anotther message headed GRRRR DELAYS ,it appears every one in the world is against this being shipped on time ???. September brings we need to repackage before it can be shipped . Late September its again ready to ship..October and some issues ,the all over decal that was free for us being messed about was not available so tough luck really and the croupier sticks that were included in the game were not coming either but these would be replaced with a 1/144 scale model sent at random ? no idea why as the other models in the set are 1/300th ,I guess there was apile of unselling zvesda 1/144th kit stuck in the back of the warehouse .October 16th after the first boxes were being delivered we had a sorry the plastic planes are crap and all deformed but stick em in boiling water and then bend them it will all be ok ,oh and the decals we paid extra for are rubbish as well ? the next day after a few disgruntled comments on kick starter a message appeared saying that "they were going to bite the bullit and have more aircraft made for us and we could keep the crap ones at no charge .So the quality aircraft we were promised and paid for (including the extra ones) were being made to the standard promised and would be sent to us as soon as produced which would be roughly March 2018 over ayear late . As you can tell im not happy , I appear to be alone in this as people are posting on face book how nice it is for them to admit they got it wrong and were sending us extra planes , personally I think if the original claims did not mention quality this would be ok and if delays had not been blamed on checks etc it would all sit right with me ,maybe Im just an old grump expecting too much for my hard earned cash but not having what I Paid for until next march (or later ) is really pi****g me off .

Sheffield Wargames Society is holding a bring and buy day as part of it's meeting on Wednesday 25th October 2017 from 7.00pm at Woodseats Working Men’s Club, The Dale, Sheffield, S8 0PS.
Visitors from other groups in the area would be most welcome.
For those who want to sell six foot tables are available for £5 (SWS members pay £1 but are asked to contribute an additional 10% of their takings).
Goods should be labelled clearly with details of price and vendor. Sellers may either man their table or rely on the honesty of purchasers.
GOODS ARE LEFT AT THE OWNER'S RISK, AND NEITHER SHEFFIELD WARGAMES SOCIETY OR WOODSEATS WMC ACCEPT ANY RESPONSIBILITY WHATSOEVER FOR ANY LOSSES OR DAMAGE SUFFERED.
Posted by itchy's wargames at 23:21 No comments: 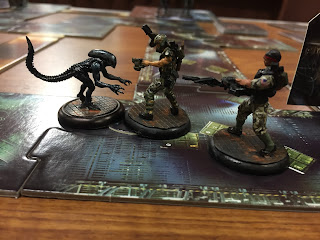 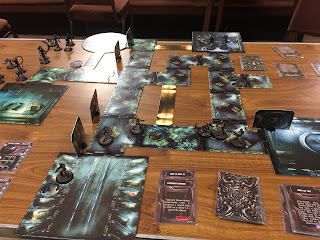 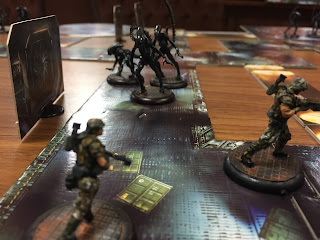 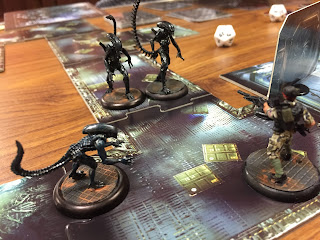 Posted by itchy's wargames at 13:35 No comments:

When Bond ,met Blofeld & nik nak backed up by some Aussies with a frog while being watched by Harley ,joker and the cosplay gang ....

Ok I wasnt sure what to put in the title "my latest painting "sounded dull , Ive been off work ill so picked up my brushes and got to work a mixed bag of stuff and finished a healthy amount ,some Australian infantry with a matilda frog and Bull Allen ,a heroic Australian who saved the lives of many of his comrades , all for Bolt Action .James Bond and some villains for 7TV and the Jared Leto joker ,Harley and the cosplay gang from the suicide squad movie for Batman Miniature game. ,not a bad haul for a couple of days work plus a few in variuos stages of completion which I may finish before I go back to work on Monday .

Posted by itchy's wargames at 04:01 No comments: